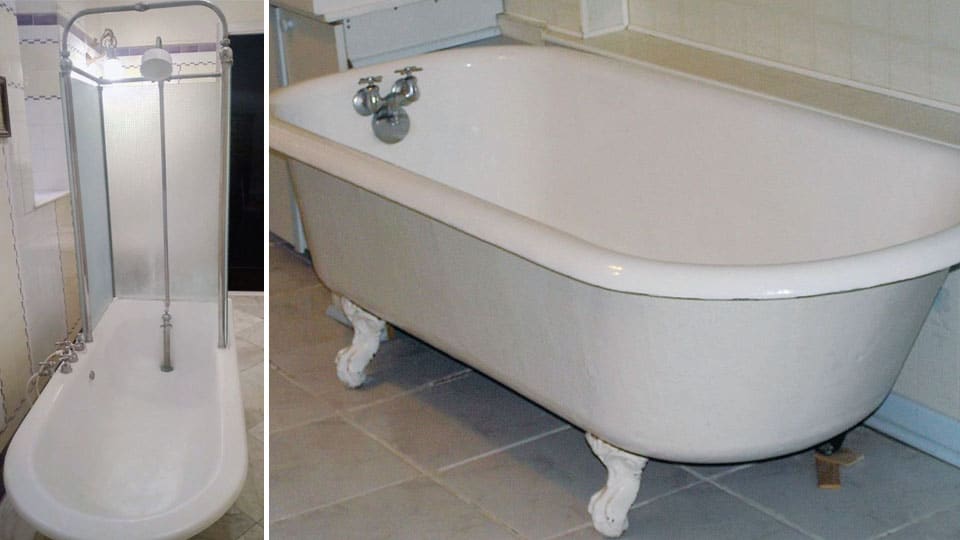 The bathtub is in the news all over the electronic and print media for wrong reasons. But it is also true that death in a bathtub is not uncommon. If one recollects, actress Sridevi must have made millions posing in a bathtub for Lux advertisement and ironically met her tragic end in a bathtub!   It is also a fact that these bathtubs, once considered a hallmark of luxury, slowly but steadily, is losing its sheen and being phased out from a lot of international hotel chains like Marriotts and Hiltons. Even our own Ministry of Tourism, responsible for fixing the guidelines for star classification, is considering removing “bathtubs” as an “essential” item for 5 star hotels in future.

History of bathtub:  In 3,300 B.C. Indus Valley Civilisation, copper pipes were excavated giving an indication that maybe bathtubs existed even then. In the Isle of Crete, a bathtub made of clay was found, measuring about 1.5 meters,  during excavations. Early bathtubs were made of cast iron and even copper in some cases and painted; very popular in Europe and England among the aristocrats.

A Scottish born inventor, David Buick invented the process of putting porcelain enamel on cast iron bathtubs in 1880s while working for a company in Detroit. Bathtubs became a symbol of the royalty and the rich.

There are basically two types of bathtubs, the western style in which one reclines and the deep bathtubs in which one has to sit down. These are known as “Ofuro” in Japan. Nowadays bathtubs are manufactured by using fibre glass, which is much easier to maintain and lighter too. Since it was considered a luxury item, client would experiment on shape, colour and size. 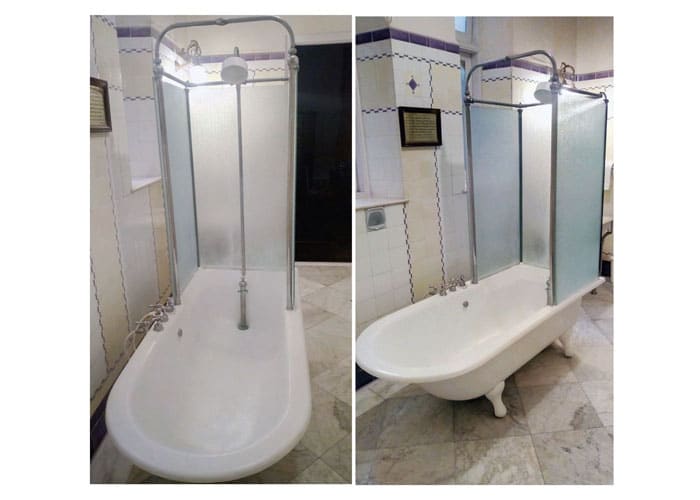 The antique bathtub at Lalitha Mahal Palace Hotel in Mysuru.

What is the reason that international chains like Marriotts and Hiltons have yanked off bathtubs from their prime properties? There are two reasons for this. Firstly, the constraint of space. As per a survey, it was estimated that only about 10 percent of the clients use bathtubs during their stay and prefer to take bath in a shower. The cost of land is the biggest cost in construction of a five star hotel and hence, builders of modern hotels do not want to waste unnecessary space for bathtubs; space saved is money saved. The second reason is water, which is becoming a scarce commodity. Water consumption for a shower is estimated to be in the range of about 70 litres whereas nearly 370 litres of water is required for a tub bath.  Already 11 cities all over the world have been declared as “zero water.”  The third reason for eliminating bathtubs is, of course, the cleaning aspect. Ask any housekeeper, it is a nightmare. Eliminating bathtubs opens up spaces in the bathrooms for innovations like having a glass shower cubicle with music piped in through speakers. Hotels are also installing shower heads with features like soft massager, built-in thermostat control and even coloured lights !

This does not mean bathtub is going to be eliminated altogether. It will exist in hotels at places where space and water is available in plenty and at luxury resorts.

Why are hotels adopting these newer technologies? Two reasons. One is to give the customers a better experience and second, to reduce staff cost, which is shooting up year by year. Earlier, a 100-room five star hotel would employ approximately 240 staff. But with the new technology in place it can manage with about 170. What a saving on the staff cost !

As a hotelier personally I am glad the bathtub is getting phased out. I was never comfortable taking a tub bath and always scared of slipping. It is also a fact that tub bath is good only if there is someone to fix it up for you. That is why aristocrats like it !

Have a look at the photographs of the antique bathtub at Lalitha Mahal Palace Hotel. So huge and lovely to look at. But believe me,  absolutely uncomfortable if one has to take bath in that contraption. So much so, the management had to fix a shower in the bathroom after repeated complaints.

Lalitha Mahal Palace N.K.A. Ballal
Belief shapes our behaviour
“Assassination of Rajiv Gandhi by a human bomb was unknown then” – 2