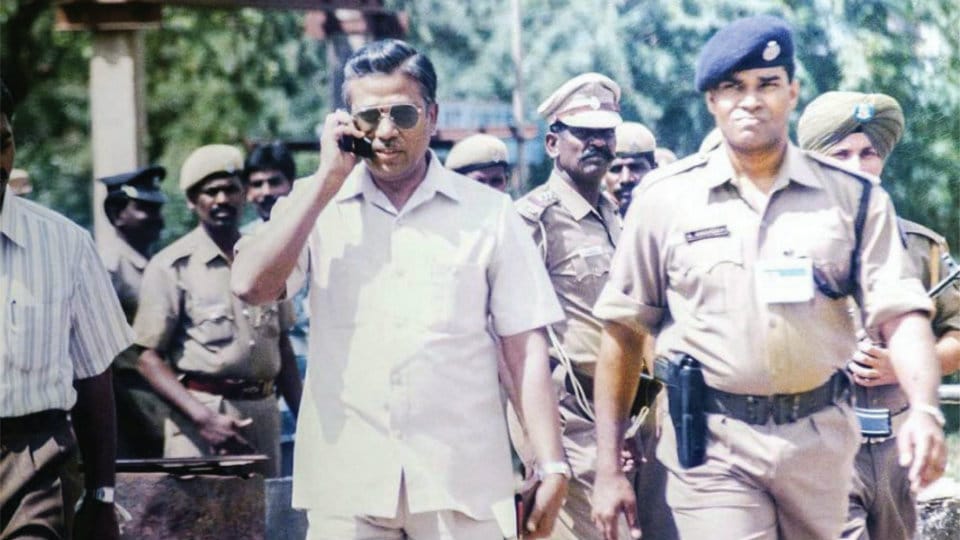 SOM: You made an interesting observation when talking about LTTE leader Prabhakaran, “He would have got ten times this money by signing an agreement with the Sri Lankan government. Or the Western mediators would have paid him to get the glory of solving the problem since any leader who solves the problem gets the Nobel Prize.” Why did you make this statement?

Dr. Kaarthikeyan: Because they said and one of the theories was that Prabhakaran must have been paid money to kill Rajiv Gandhi. I said Prabhakaran is not a mercenary to do anything for money. He killed because Rajiv Gandhi came in the way of his achieving Tamil Eelam and also to take revenge for sending Indian Army there. So if he was after money, he would have got more money by agreeing to the peace accord, siding with Rajiv Gandhi or from any other source. So he is not a mercenary, he cannot be made to do anything unless he thinks it is necessary for the Tamil cause. If not his only objective is saving LTTE and preventing India from again coming to Sri Lanka. That was the motive established during the course of investigation.

SOM: But why did you compare it to Nobel Prize?

Dr. Kaarthikeyan: No, no, suppose if Rajiv Gandhi had been able to bring about a peace accord, he could perhaps have deserved Nobel Prize as at that time the most severe international problem was Sri Lanka when there was killing on both sides. If he had brought peace, I strongly feel that he would have got Nobel Peace Prize.

SOM: The role played by media was very unique, you said. What do you feel about the 24-hour TV news channels today? Do you think you would have got the same kind of support as you got then?

Dr. Kaarthikeyan: I would have had enormous support from the media, because of the truth and transparency in my investigation and willingness to share the developments with the media as and when the events took place. May be one or two TV channels or newspapers might have taken a hostile view because of instigation by somebody. One or two will always be there. But when vast majority are with you, it is okay.

SOM: What was the feeling like when you made the audio visual presentation before the Interpol in France regarding the investigation?

Dr. Kaarthikeyan: See the Interpol wanted India to send me to make a presentation before the world Police Officers and Forensic Scientists from around the world at the International Conference in the International Police Head Quarters at Leon, France. The government asked me, I said I cannot go because every day so many developments were taking place. So I wanted to nominate my No. 2 Officer. But the government did not agree. They said the case is still in court so you only should go so that nothing more is revealed. I went for three days.

We laid down the conditions. They should not record either the voice or the video and nothing should be published about my statement. And it was two hour audio-visual presentation and I convinced them how it was detected and what was the evidence against the perpetrators. The Assembly gave me a standing ovation and the Chairman, a top Police Officer from Israel or America, I do not remember said, it is a model investigation because political assassinations are hard to detect and the assassination of a world class leader like Rajiv Gandhi by a human bomb was unknown at that time.

SOM: As the Director General of National Human Rights Commission (NHRC) what was your experience like? For instance when you see cow vigilantism or the workers of a particular ideology killed there are allegations and counter allegations. Does NHRC have a role in such kinds of situations?

Dr. Kaarthikeyan: Yes, NHRC is duty-bound and has got the right to investigate such cases. They can either call for the report from the DG of Police, Commissioner of Police or Chief Secretary or call for a report from the Officer, against whom allegations are made or they can order an independent investigation by an outside agency.

SOM: As special Director General, CRPF, you trusted it a lot. Why did you trust it so much?

Dr. Kaarthikeyan: Because I worked with the CRPF. It is a highly disciplined force, very loyal to the nation and to the leadership of the Force. They do a lot of sacrifice like in Punjab and Kashmir. They trusted me, respected and loved me, they are proud of me and I knew they will never let me down and defend me to the last breath.

SOM: You do not believe in third degree methods. But we hear that is what the Police or investigating agencies are known for. Can you throw some light on this?

Dr. Kaarthikeyan: You see people want immediate results for any offence taking place. Police are overworked, understaffed because no State has created enough Police force and even in the available shortage, there are many vacancies and they are not filled up for many reasons. Too many cases are given for investigation and the Police find it difficult to give equal attention to all the cases.Very often priority is given to high profile cases or where the courts, the press or the people put pressure and only those cases are given priority for investigation. Naturally, the other cases get neglected even for years. So the people, courts as well as the media feel that CBI is not competent or serious. Sometimes due to enormous pressure from all the three, the Police may resort to pressure tactics including beating.

SOM: There are so many scams, scandals and people are escaping from the country. What is your view on all such happenings in India, as a person who held many important posts?

Dr. Kaarthikeyan: It is very unfortunate. Some culprits particularly high profile persons with enormous resources are able to beat the system by running away to other countries, which provide them safe haven.To prevent this, all concerned should accept to take action to prevent such defiance of law.

SOM: In spite of achieving so much you felt frustrated at one point and went to Kailash Mansarovar on a pilgrimage. What is the lesson in this for everyone?

Dr. Kaarthikeyan: During the high profile, high pressure investigation, protecting the integrity of the investigation of great national importance was my high priority. At one point, I found myself left alone. Nothing was happening in the trial for some time as all the documents in English had to be translated into Tamil. To strengthen my inner strength, to stand like a rock against all direct and indirect threats and manipulations, I undertook two spiritual ventures. One, a ten-day-long Vipassana meditation, the second, Kailash Mansarovar Yatra. These two events gave me a lot of inner strength.

SOM: What is the lesson in this for everyone?

Dr. Kaarthikeyan: In everyone’s life there will be challenges and to meet those challenges with equanimity and courage, one needs some spiritual practice or yoga and meditation. It is the most reliable and successful way of going through life with confidence, courage and mutual respect.

SOM: When did you write the book “Triumph of Truth: Rajiv Gandhi assassination – A Report?”

Dr. Kaarthikeyan: I wrote it about ten years ago. Many Supreme Court Judges said, please write a book, otherwise people will not know what all happened. When I wrote the book it came to thousand pages. But who will read thousand pages. So, with great difficulty I brought it down to 250 pages without losing the essence.