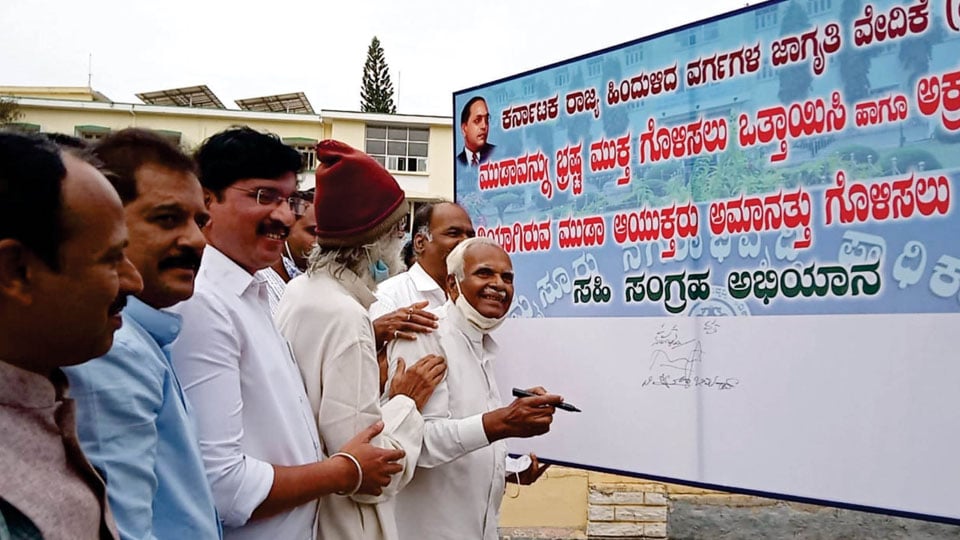 Mysore/Mysuru: Seeking a probe into the alleged attempts of MUDA site grabbing by creation of fake documents and to make MUDA corruption free, Rajya Hindulida Vargagala Jagruta Vedike launched a signature campaign in front of MUDA office this morning.

Speaking after launching the signature campaign, former Speaker of the State Legislative Assembly Krishna said, “There is no use just blaming the MUDA officials because many politicians including many MLAs and MLCs have involved either directly or indirectly with activities of MUDA. This should be an eye-opener for all the politicians. The Government should suspend MUDA Commissioner for irregularities. They should also form a Committee to probe into the allegations of corruptions in MUDA and make it corruption free.”