Home » Columns » When vehicles only crawled out of Factories ! 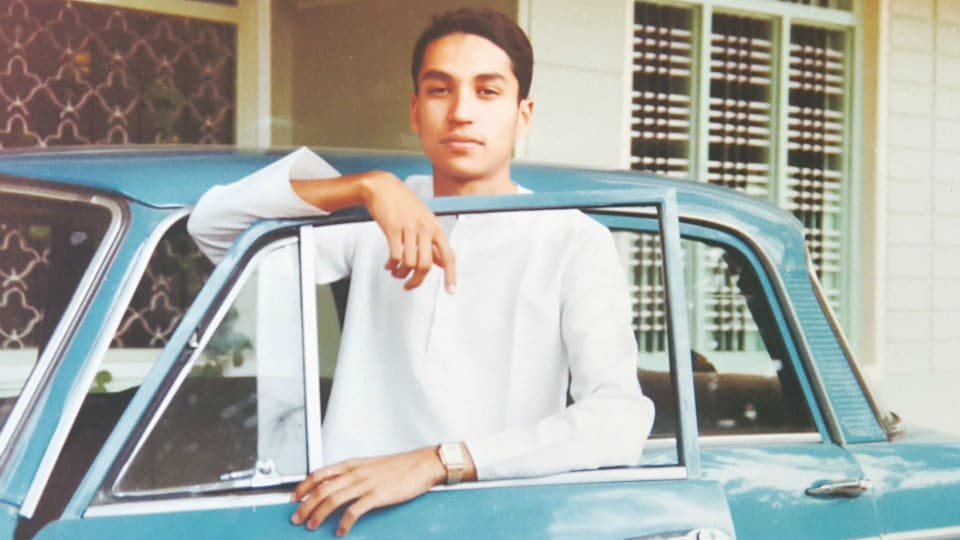 When vehicles only crawled out of Factories !

My last week’s article about how life was before telephony really became lightning-fast has drawn many responses from readers, both young and old. Prof. R. Chandraprakash, in a very interesting letter to the editor three days ago, has recalled how we used to molly-coddle our landline telephone instruments as if they were little babies!

Incidentally, these instruments had to be kept only in their designated places where they were first placed by the department personnel at the time of their installation. Any displacement from their original location by extending the wire for reasons of convenience was an outright offence! It could therefore be done only by making an additional payment, the quantum of which depended on the length of the extension wire requested!

Understandably, restrictions like these and many others were implemented and even accepted because of the monopoly of the department which was the sole player in the game with absolutely no competition whatsoever. It was not just in the telecommunication sector that things were like this. There was very little choice in most other areas too.

For instance, between the time soon after independence when all foreign companies were driven out and then once again ‘re-welcomed’ almost three long decades later, there were only three brands of cars available in the country. The Landmaster-spawned and very aptly named Ambassador, the Fiat and the Herald in order of their size, from largest to smallest. While the Ambassador was what all the babus and rural Taxiwallahs used, the two-door Herald was the choice of all those who could barely afford a car. When two additional doors were added to the Herald years after it was launched, they lent it a little more decorum and status to it! Because the Fiat stood on a slightly higher pedestal of dignity between the Ambassador and the Herald it was naturally the most sought after bride!

There used to be such a long waiting period for a new Fiat that this car used to sell on the second hand market for the same price even after two years of use! My father who had promised me a new Fiat if I completed my MBBS, booked one immediately after I joined the course and it thankfully arrived at our doorstep just as I finished it. Although we were all elated beyond our expectations when it finally arrived we were still a wee bit disappointed that it was of the newly launched ocean-blue colour that was somehow not to our liking. We had the option of waiting for the next three months for the next batch of five cars but there was no guarantee that they would be of a different colour. The manager of the TVS showroom, then located in the former Palace Garage in Nazarbad, assured us that if we did not get to like the colour of our car over the next few days he could get it repainted for just Rs. 3,000 but we declined the offer because that job would take away the ‘originality’ of the new car!

My mother was the only member of the family who was happy with its colour and reassured us all that it would look unique because there would not be many cars like it on the roads. The sense behind her statement helped us much in accepting the new arrival with a sense of happiness and pride which thankfully increased by leaps and bounds when not only friends and relatives but complete strangers too started complimenting us on the great colour of our car! That car, which was the seventh car our family acquired over a period of thirty-five years, is now exactly thirty-seven- years-old and is still with us, serving us as our ceremonial limousine!

While there were practically only three brands of cars available in the country then, there were also only three leading brands of motorcycles. While the rugged Rajdoot ruled the roads in the North, the probably much sturdier Jawa roared in the South. The Bullet, the meanest and the most powerful beast from the Royal Enfield stables was what the lucky few would ride if they could afford its cost and maintenance. The only humble folks who were lucky enough to ride it were our army Jawans and Policemen for whom it was the only service bike as rugged, reliable and as trust-worthy as their Jeeps and Lee Enfield Rifles.

When it came to scooters, the only two brands that we got to see in our country first were both of Italian lineages. While the rather cumbersome and unwieldy Lambretta could be spotted only if you looked hard for it, the wasp-like Vespa was what you saw wriggling in and out of every traffic situation. Its growth and popularity was so phenomenal that its then fairly huge production could still not keep up with the demand for it. Even after its production was completely indigenised and it was very aptly rechristened the Chetak after Maharaja Maharana Pratap’s fabled horse, it continued to remain the country’s runaway success story. One had to wait nearly fifteen years after booking one to really ride on it. The result of this long wait was that very often the person who booked it never rode it as he would be too old to do it by the time it arrived! Usually fathers used to book it either for their sons or for it to be a part of the dowry at the time of their daughters’ weddings!

READ ALSO  Stealing their childhood from our children

NRIs who were then members of their new breed could buy it under their foreign exchange quota for which the waiting period was a little less. This scooter was the one that spawned a booming black market which made many rich overnight if they had the money to invest in it. So they were the ones who could really hum the tune…‘Yeh hai hamara Bajaj’ day in and day out!