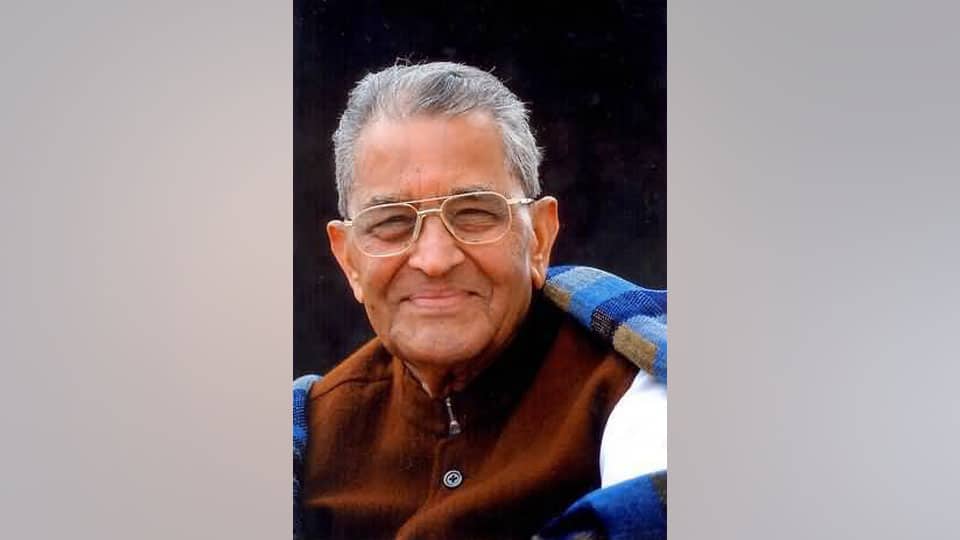 Bengaluru: Veteran Congress leader and former Union Minister M.V. Rajasekharan passed away at a hospital in Bengaluru today after prolonged illness, family sources said. He was 91.

The Congress leader was ailing from old-age related diseases. He is survived by his wife Girija Rajasekharan, two sons and two daughters. He had served as the Union Minister of State for Planning and Statistics in the Manmohan Singh Government in 2004. Rajasekharan debuted in electoral politics in 1967, winning the Kanakapura Parliamentary Constituency.

Born in Maralawadi in Kanakapura, he pursued Bachelor in arts from the Maharaja’s College in Mysore. As a student leader, he was part of the Indian Freedom Struggle and was also associated with various Farmers’ Associations before joining the Mysore Pradesh Youth Congress in 1966.

The nonagenarian leader was a permanent invitee to the Congress Working Committee.

Chief Minister B.S. Yediyurappa condoled the death of Rajasekharan and remembered him as a politician with “simplicity, humility and great maturity.”

The CM also noted that Rajasekharan, son-in-law of former CM S. Nijalingappa, was an authority on rural economy and had set up an institute to study rural development. “He was known for value-based politics,” said Yediyurappa.

Rajasekharan also has the unique distinction of being a Member of Lok Sabha, Rajya Sabha and the Upper House of the Karnataka Legislative Council.  In 2017, the veteran Congress leader surprised his party when he wrote an open letter praising Prime Minister Narendra Modi after the BJP won the Uttar Pradesh and Uttarakhand Assembly elections.

A meeting was held at Congress Office in Mysuru this morning to condole the death of veteran Congress leader M.V. Rajasekharan. A portrait of the deceased leader was garlanded on the occasion in the presence of Party District President Dr. B.J. Vijay Kumar, City President R. Murthy, Secretary Shivanna and others.