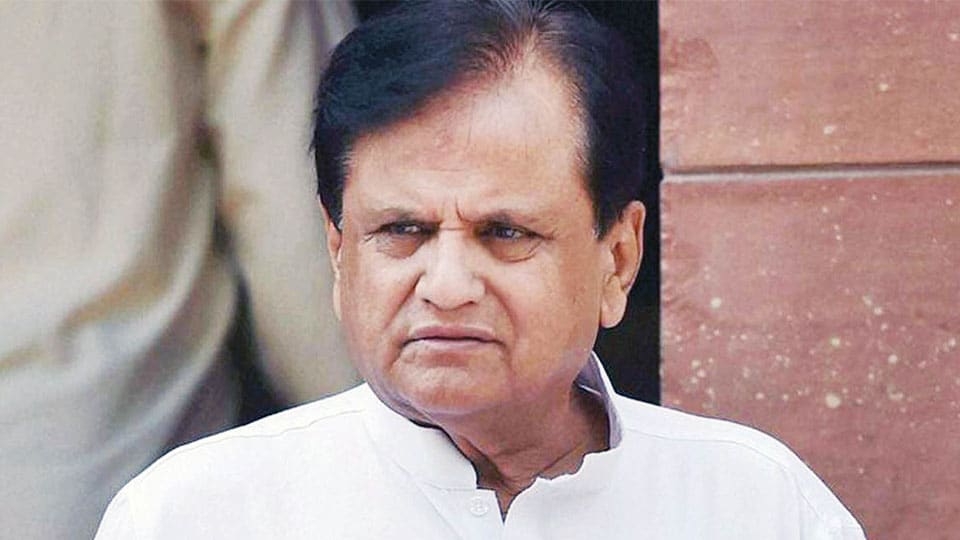 New Delhi: Senior Congress MP Ahmed Patel (71), one of Sonia Gandhi’s closest political advisers, died at a Gurugram hospital this morning. The veteran politician, who had identified himself in inner circles of the Gandhi family, had been at Medanta Hospital since his health worsened after a brief illness.

Son of a social worker, Patel was handpicked by Prime Minister Indira Gandhi to contest the 1977 Lok Sabha election from Bharuch in Gujarat. He won the elections as Congress faced losses nationwide in the post-Emergency elections. He went on to win the 1980 and 1984 LS polls, but lost in 1989 as BJP gained strength in Gujarat. Patel had been a five-term RS MP, with his last election in 2017 being the toughest one, which he had pulled off in style.

Sonia Gandhi tweeted: “In Ahmed Patel, lost an irreplaceable comrade, a faithful colleague. My condolences to family and friends.” PM Modi tweeted: “Saddened by the demise of Ahmed Patel Ji. He spent years in public life, serving society. Known for his sharp mind, his role in strengthening the Congress Party would always be remembered.”