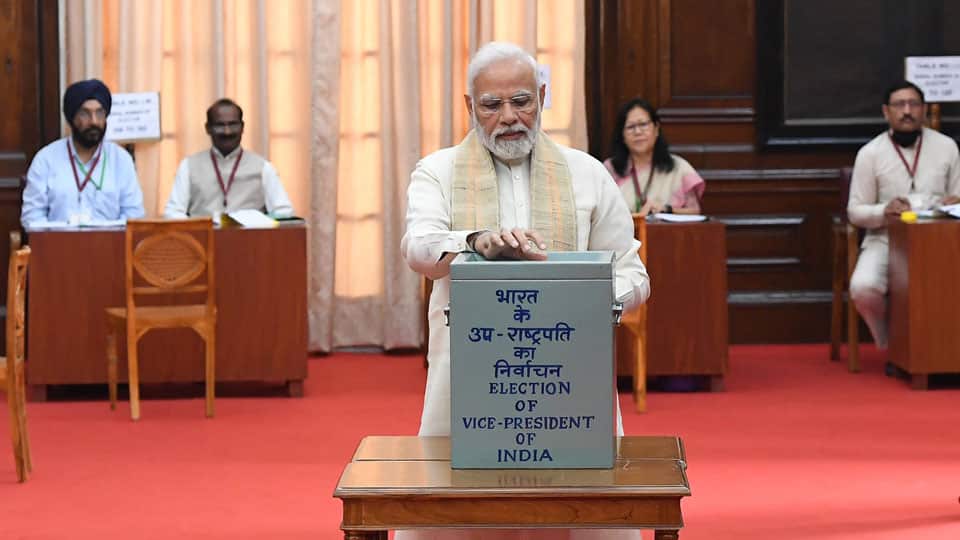 Result by late this evening

New Delhi: The voting process for the next Vice-President of India began this morning as MPs will choose a candidate from NDA’s Jagdeep Dhankar and Opposition’s Margaret Alva.

According to reports, Dhankar is expected to have an easy win as the numbers may be stacked in his favour. Dhankhar is in an advantageous position with the support of several parties like Janta Dal (United), YSRCP, BSP, AIADMK and Shiv Sena. He is likely to get over 515 votes against Margaret Alva’s speculated 200 votes.

The 80-year-old Alva is a Congress veteran and has served as Governor of Rajasthan while the 71-year-old Dhankhar is a Jat leader from Rajasthan with socialist background. The polling, which began at 10 am concludes at 5 pm and the ballots will be counted immediately after that. The Returning Officer will announce the name of the next Vice-President by late this evening.