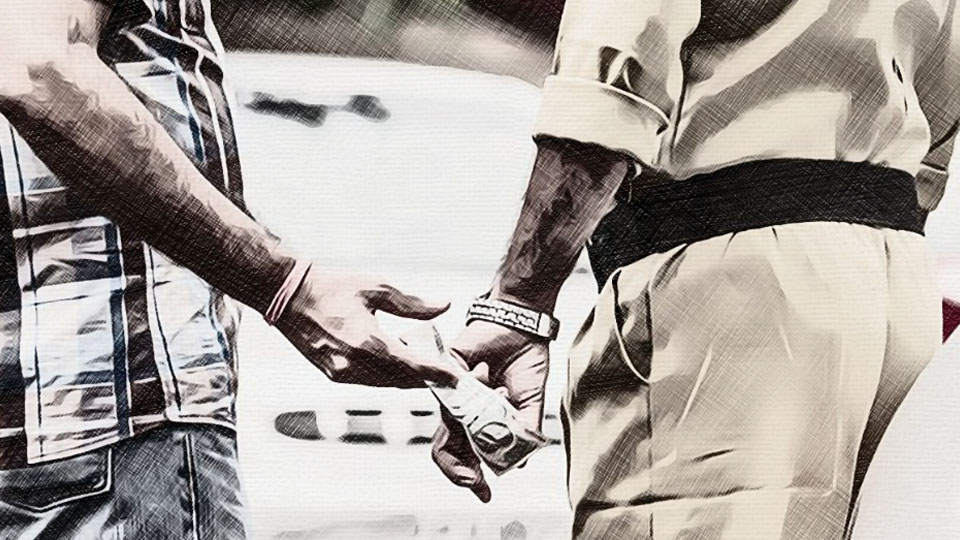 Mysuru: A Traffic Cop accepting bribe to allow a private bus to park in ‘No Parking’ area has gone viral in the social media.

A member of the public, who has shot the video of the Cop, attached to Devaraja Traffic Police Station, allegedly accepting a bribe of Rs. 20 from the conductor of a private bus near the Mysore Palace’s Brahmagiri Gate, questioned the Cop as to how much money he took to which the Cop has replied as Rs. 20.

But when the person who has shot the video asked the conductor why he gave the bribe, the conductor, denied giving the bribe and left the spot.