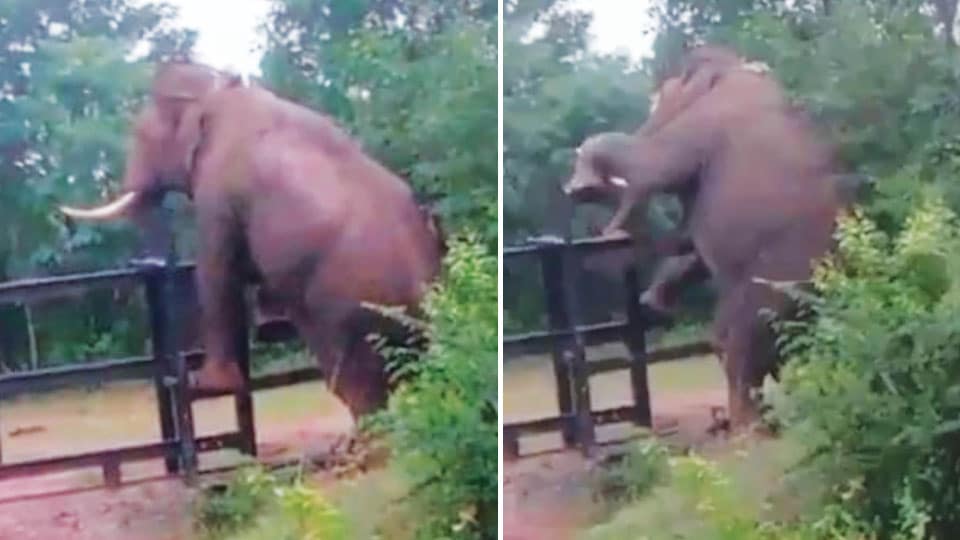 Hanagod: A wild tusker, which had climbed over a rail barricade and entered human habitat in search of food and water, crossed over the same barricade and returned to the forest after villagers created ruckus. The incident took place at Veeranahosahalli Forest Range of Nagarahole Reserve Forest on Tuesday and the video of the elephant crossing over the rail barricade has gone viral on social media.