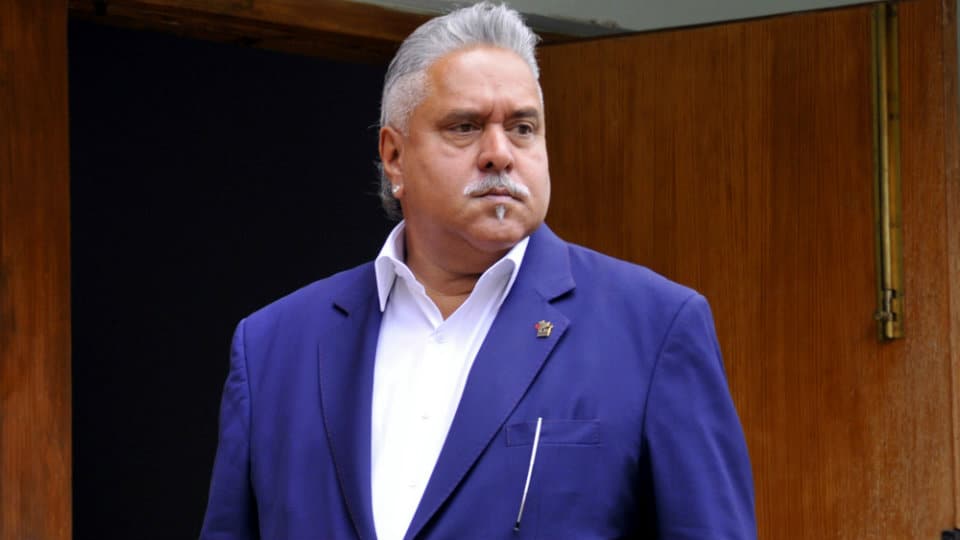 Vijay Mallya to appear in UK Court on May 17

London: Wanted tycoon Vijay Mallya was arrested in London yesterday morning based on an extradition warrant. He was later granted bail and released on a bond of £ 6,50,000 (about Rs. 5.3 crore) and is scheduled to appear in Court on May 17.

But sources close to Mallya asserted that it was a voluntary arrest and he was let off on bail within three hours. Vijay Mallya is wanted for loan fraud and also facing charges of money-laundering. After arrest on extradition warrant, Mallya was taken to Central London Police Station and appeared at Westminster Magistrates’ Court where he was granted bail.

A Court hearing was the first step in what could be a long legal battle for extradition. Mallya can challenge his extradition in lower and higher Courts, which can take months. The Indian Government had requested the UK in February to extradite Mallya, who left India a year ago amid attempts banks to recover around Rs. 9,000 crore in loans to his collapsed Kingfisher Airlines. Under Article 9 of the Extradition Treaty, Mallya has recourse to several grounds to oppose India’s request. Meanwhile, a team of CBI officials will leave for the UK to pursue the extradition request in coordination with the Indian High Commission in London.

The Union Home Ministry has directed the CBI and the Enforcement Directorate to prepare all documents necessary to be furnished as provided under the 1993 treaty.

Amid multiple attempts to extradite him, Mallya appeared to dare the authorities as he attended high-profile events in the UK linked to his Formula One team Sahara Force India.