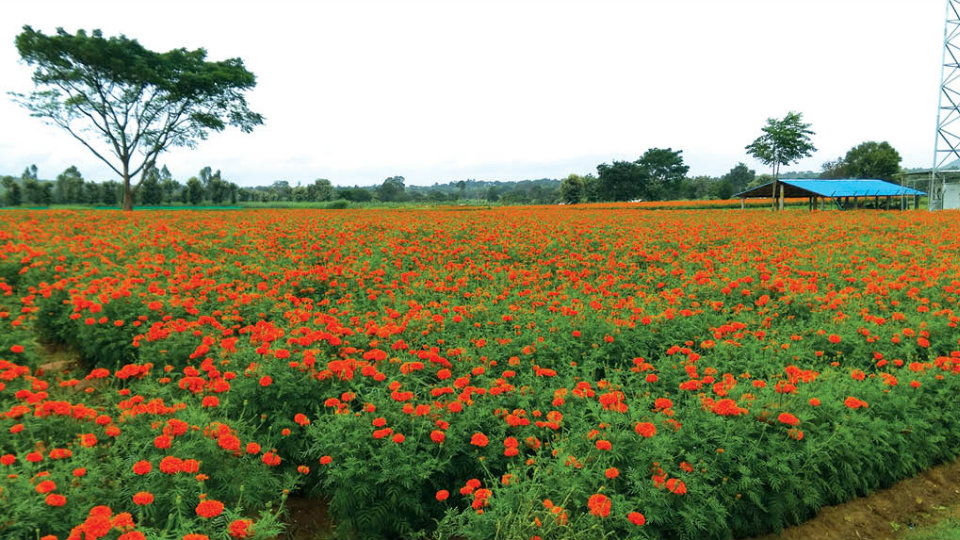 Gundlupet:  Following several complaints about air pollution caused by the Marigold Flower Processing unit at Kaggaladahundi village in the taluk which was causing a lot of problems to the students of Terakanambi Morarji Desai Residential School, MLA C.S. Niranjan Kumar visited the residential school and heard grievances of the students on Saturday evening.

The villagers told the MLA that ever since the Marigold Processing Unit began functioning at the border of Bandipur buffer zone, the residents of all seven villages in the surroundings of the processing unit and students of Morarji Desai Residential School have been suffering from air pollution and are being forced to inhale the stench emanating from the processing unit.

The students complained of stench in the air since three days causing difficulty in breathing and unable to concentrate on studies. The students also said that the stench was unbearable during night time which was causing them to vomit soon after consuming dinner. The MLA, after listening to the students, assured them of taking immediate action and instruct the official to stop the unit from functioning.

It may be recalled that the villagers have been opposing setting up of the processing unit stating that it would affect the environment and their health. They have also been demanding the government to return their lands which was acquired by the company. The villagers and farmer organisations too had stage protests opposing the unit which had resulted in the protest turning violent about three years ago.