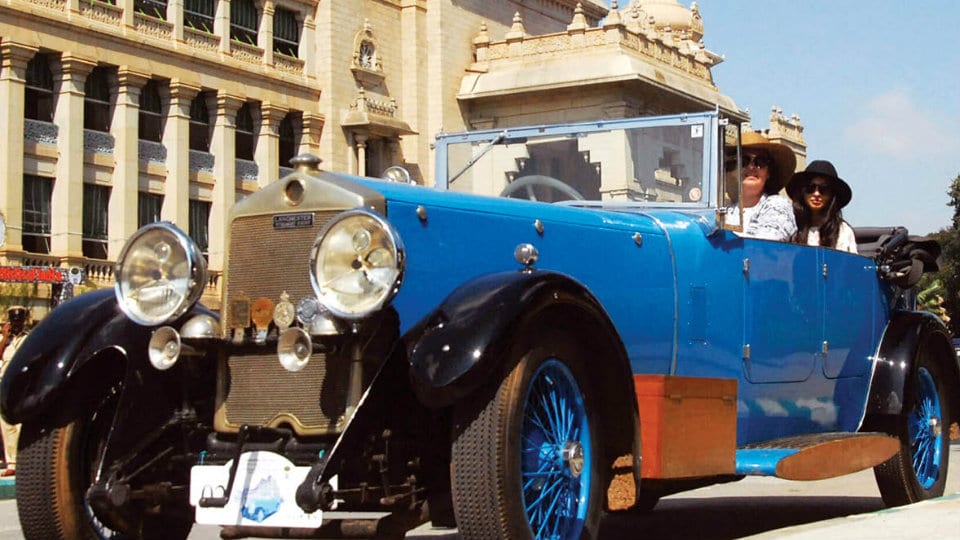 Vintage cars on way to Mysuru

Bengaluru/Mysuru:  As many as 50 vintage cars of various companies manufactured between 1920 and 1970, which are taking part in the two-day Vintage Car Rally, organised as part of Dasara festivities, were flagged off by Chief Minister H.D. Kumaraswamy in front of Vidhana Soudha in Bengaluru this morning.

The CM sat in one of the vintage cars for some distance after flagging off the rally.

The Vintage Car Rally has been organised by the District Administration, Tourism Department and the Federation of Historic Vehicles of India. The vintage cars include Lanchester, Mercedes, Jaguar, Ford, Buick, Chevrolet, Morris, Austin and Volkswagen among others. 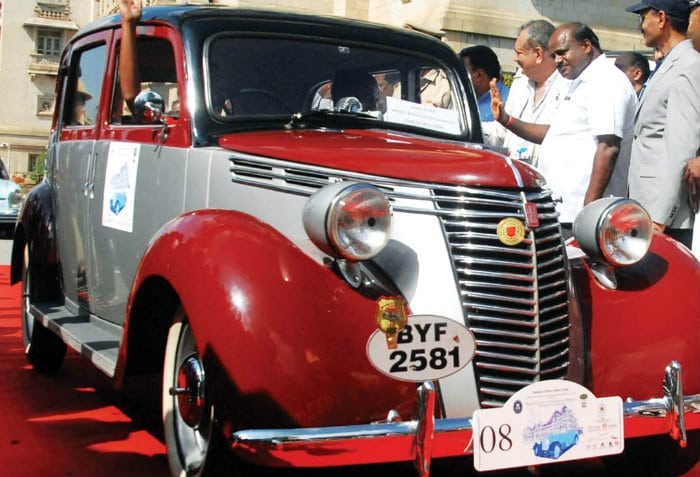 CM H.D. Kumaraswamy flagging off the Dasara Vintage Car Rally from Bengaluru to Mysuru at Vidhana Soudha this morning.

The vintage beauties, which left Bengaluru at about 8.45 am, are expected to reach Mysuru at about 4 pm as they are driven slow. The cars will be stationed at Lalitha Mahal Palace in Mysuru upon their arrival.

In a bid to attract the public, the old beauties would traverse on the thoroughfares in city and will be parked in front of the Mysore Palace before and after the illumination today. Provisions are made for visitors to click pictures with the vintage cars.

Tomorrow (Oct. 1), the rallyists will proceed to Chamundi Hill at about 7 am and will later accompany the Dasara jumbos during their rehearsal from the Palace to the Torchlight Parade Grounds in Bannimantap.