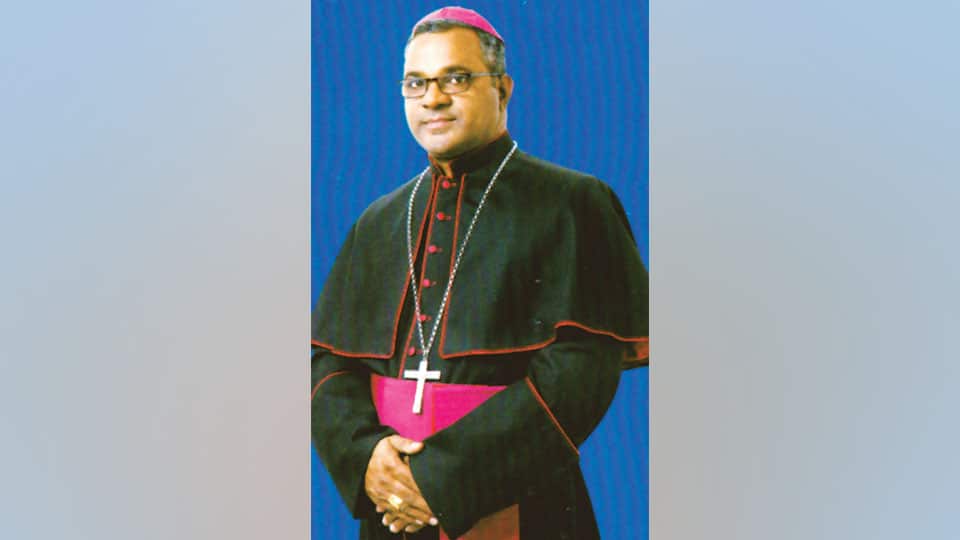 He is an alumnus of St. Philomena’s College in Mysuru and University of Mysore

Virajpet:  Pope Francis has appointed Fr. Rosario Menezes SMM, the third Bishop of Lae, Papua New Guinea (PNG). Fr. Rosario is an Indian Montfort missionary who had been serving the Church in PNG    since May 2000.

He was born at Virajpet in Kodagu district of the diocese of Mysuru on August 30, 1969 and was ordained a priest on November 4, 1999. Several bishops, priests, religious and laity besides diocese of Mysuru congratulated him on the occasion.

Fr. Rosario is currently general counsellor of the Company of Maria of Montfort. He joined the minor seminary of the Congregation of the Company of Mary (Montfort Missionaries) and completed his Pre-University studies at St. Philomena’s College in Mysuru.   He obtained bachelor’s degree from the University of Mysore. He completed Philosophical and Theological studies at Dharmaram College, Bengaluru.

After his priestly ordination, he has held a number of offices. They include Assistant to the Master of Novices and Bursar of his Congregation in India   (1999-2000); Missionary in the diocese of Daru-Kiunga, in Papua New Guinea (2000-2008); Superior Delegate of the Montfort Missionaries (2005-2008); Head of the diocesan Projects Office (2007-2008); Studies in Psychology and Counselling at the international Institute of Integral Human Sciences in Montreal, Canada (2008-2011).

Fr. Menezes’ long experience in varying capacities and areas would go a long way for his future apostolate as a bishop, observed one of his close associates in Bengaluru.