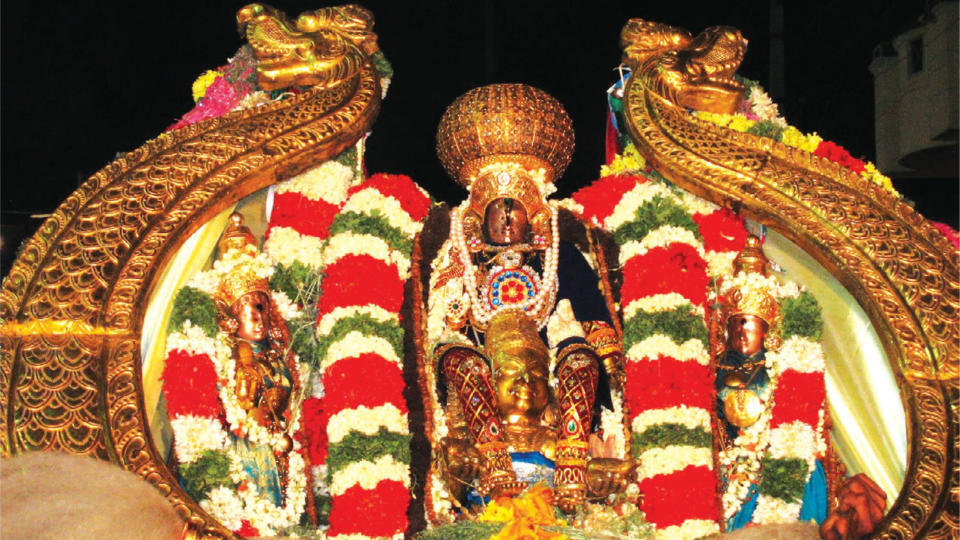 As part of Vyramudi Jathra Mahotsava, Kalyanotsava was performed on a grand scale to the presiding deity Sri Chaluvanarayanaswamy here last night.

Decorated with colourful flowers, the idols of Cheluvanarayana Swamy and Kalyanananyaki Amma were offered special puja as per rituals. Hundreds of devotees from Karnataka, Tamil Nadu and Andhra Pradesh participated in the programme and had a darshan of the deities. For the first time Kalyani Complex and Dhara Mantap were illuminated with colourful lights.

A colourful procession was taken out to the temple. Today’s events feature Dwajarohana and Hamsavahana.