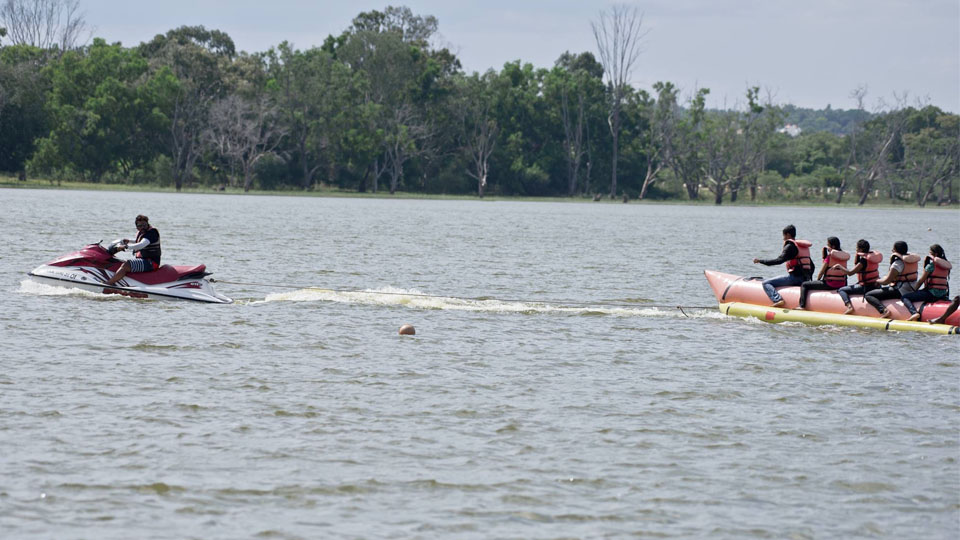 Water sports round the year planned at Varuna Lake

Mysuru: The tender for the proposed water sports at Varuna Lake will be taken up within a week, said Deputy Commissioner D. Randeep at a  review meeting on water sports, held yesterday at his office. With this move, the long-awaited demand for the water sports is likely to come to fruition at the earliest.

In the last budget, the Government had sanctioned Rs.5 crore for it. He discussed various specifications including water-related pollution, hindrance to aquatic life and other issues.

Every year during Dasara, water sports are held for ten days at Varuna Lake, which is 12 km from the city.  This is now planned to be introduced throughout the year to attract more tourists and in this connection, tenders will be called within a week, said Randeep.

He directed the officials to include the Niravari Nigam and local Gram Panchayat body to make all necessary arrangements to promote water sports successfully.

Meeting tomorrow: Meanwhile, a preliminary meeting has been called regarding the adventure sports at Varuna Lake, by the Tourism Department tomorrow (Feb.7) at 11 am in the Department office on JLB Road.

The adventure tourism promoters and other entrepreneurs may participate in the meeting with all relevant documents, said Tourism Department Deputy Director in a press release.