Home » News » We are not against any caste: Mahisha Dasara organisers 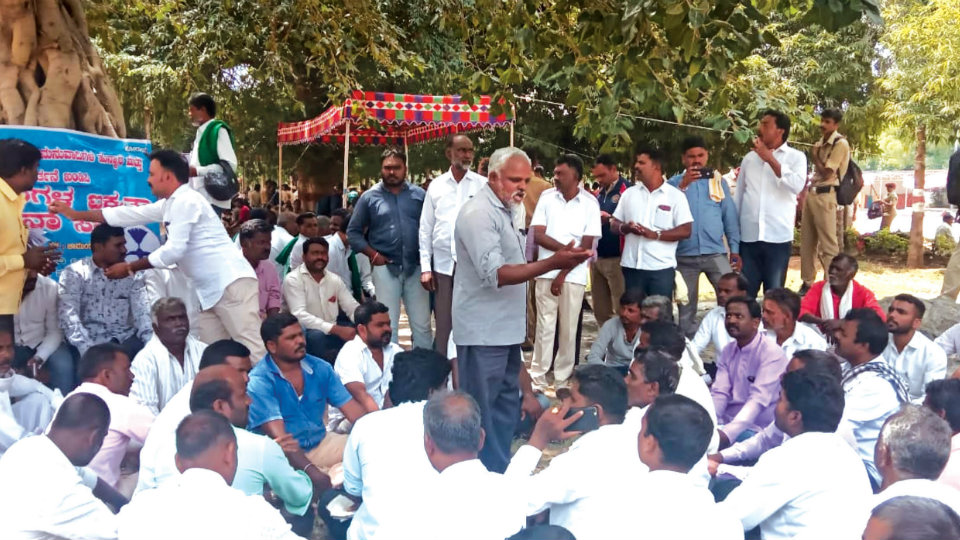 We are not against any caste: Mahisha Dasara organisers

Mysuru:  Clarifying that they are not against any caste or culture, Mahisha Dasara organisers asserted that their opposition to MP Pratap Simha was only against his unilateral thinking and certainly not a personal one.

Purushotham asserted that he does not oppose Goddess Chamundeshwari and it was his duty and right to take part in Dasara. Questioning the opposition being raised now when the Mahisha Dasara is being celebrated for over five years, he said that he held Mahishasura with high regard and there was nothing wrong in the celebration.

Stating that they have respect for the MP as a person, Purushotham reiterated that they were forced to take him on as he favoured only one line of thinking while ignoring other thoughts and ideas.

Even as several Dalit and other organisations were planning to go to Chamundi Hill to pay floral tributes to the statue of Mahishasura this morning, Police took them into preventive custody. Over 100 activists of Dalit Sangarsh Samithi (DSS) were on their way in a procession from the vegetable market on M.G. Road to Chamundi Hill, they were intercepted by the Police at Tavarekatte and were taken into preventive custody.

READ ALSO  Mahisha Dasara to be held on Oct. 15

In another incident, Urilinga Peddi Mutt Seer Jnanaprakash Swamiji and five other activists were detained when they were on their way to Chamundi Hill. Former Mayor Purushotham too was detained along with his 20 supporters near Tavarekatte. All those who were taken into custody, were taken to City Armed Reserve (CAR) Ground from where they will be let off.

“Dasara is being celebrated for over four centuries and the government is continuing the tradition. But now, Mahisha Dasara propagators have created an unnecessary controversy only to draw the attention of tourists,” he alleged. He alleged that the MP is being unnecessarily targeted by certain elements, which are out to defame him.