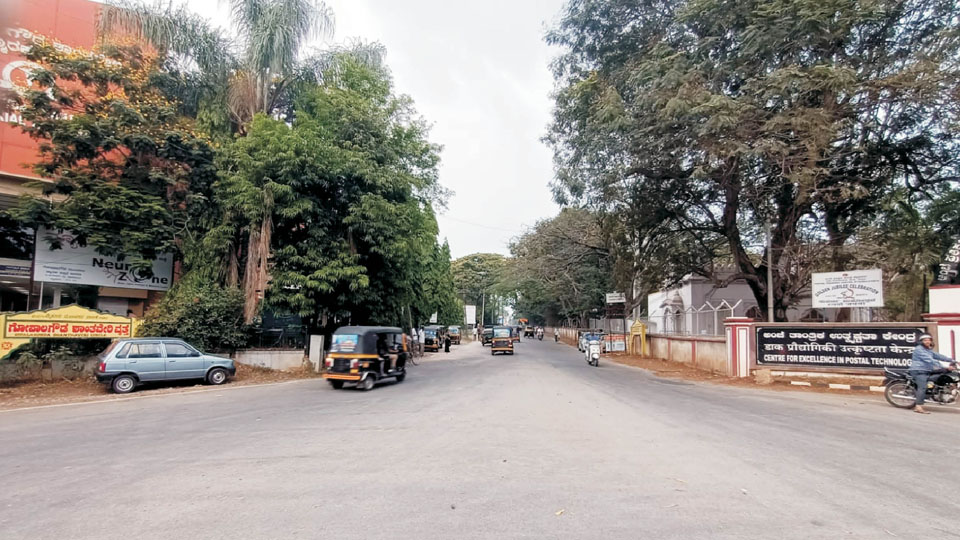 During the inspection, the former Mayor explained the MCC Commissioner and Superintending Engineer about the condition of the road and problems faced by the motorists. He told them as the road is very narrow, frequent accidents were taking place and urged the MCC Chief to take steps to widen the road at the earliest.

Speaking to media persons, Sandesh Swamy said that more than 10,000 to 15,000 vehicles pass on this road daily. “As the road is very narrow and also in a bad condition, two to three fatal accidents take place every year and many had sustained injuries. This road needs to be widened and developed immediately and hence I had appealed to the MCC Commissioner in this regard following which a spot inspection was conducted,” he added.

This road has been widened and developed by the PWD from the Ring Road junction till the old Milk Dairy. But due to problems in land acquisition process the widening works from Old Milk Dairy till Gopala Gowda Hospital Circle was not taken up. Except for one or two places, there is no problem for land acquisition now, Sandesh Swamy said.