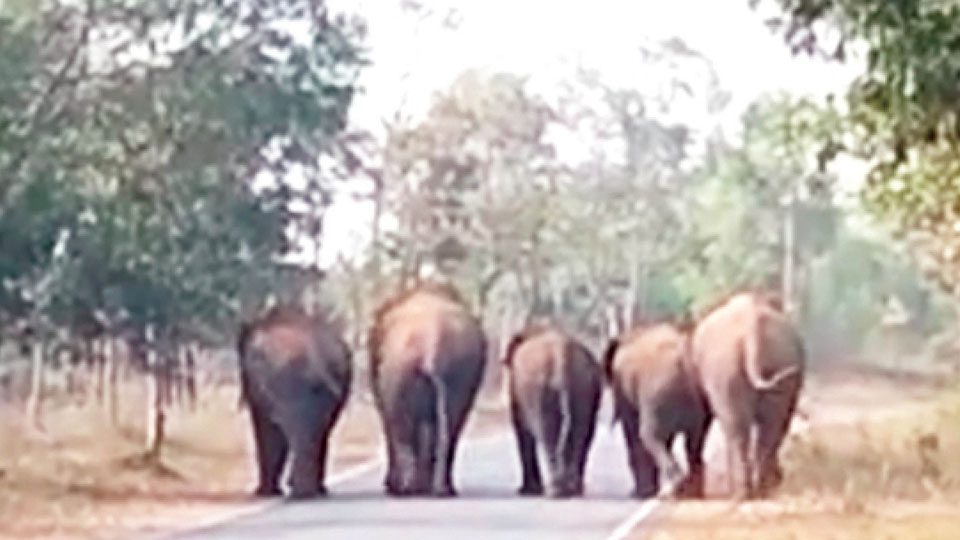 Hunsur: The Forest Department staff, who had driven a herd of 10 wild elephants back into the forest were in for a surprise after three other elephants, including a radio collared one entered Nagapura Tribal Hamlet after crossing the Veeranahosahalli Gate of Nagarahole Reserve Forest this morning.

While the radio collared elephant has stayed put inside the compound of Nagapura High School, two other wild elephants are outside the school. After entering Nagapura, the three wild elephants have damaged the electric switch boards of pump sets and as villagers began to crowd the place, the Forest Department personnel are waiting for the crowd to disperse to drive the elephants back to the forest with the help of tamed elephant Gopalaswamy.