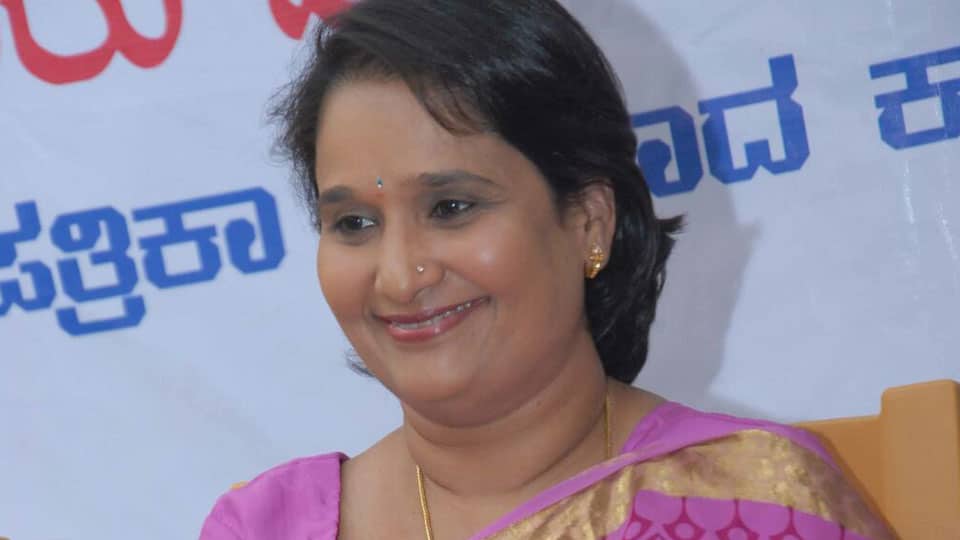 Will Geetha Shivrajkumar contest from Congress?

Bengaluru: Will Geetha Shivrajkumar, the wife of actor Shivrajkumar and also the daughter of former Chief Minister of Karnataka, S. Bangarappa, contest the next Lok Sabha elections from Congress? Yes, say political pundits after Congress Vice-President Rahul Gandhi visited Shivrajkumar’s house on Monday when he came to Bengaluru to relaunch National Herald newspaper.

Rahul, accompanied by Energy Minister D.K. Shivakumar, visited the Raj family at their Sadashivanagar residence to console the family following the recent death of Parvathamma Rajkumar. Introducing Geetha Shivrajkumar to Rahul Gandhi, Minister Shivakumar said that she had contested the last Lok Sabha elections from JD(S) and she would contest the next Lok Sabha elections with Congress ticket.

It may be recalled here that Geetha had lost her maiden Lok Sabha elections in 2014. A lot of film personalities had even gone to Shivamogga where she contested from to lend support and even help with her campaigning. But things did not really work out for Geetha who lost the elections to none other than former Karnataka Chief Minister B.S. Yeddyurappa of the BJP.