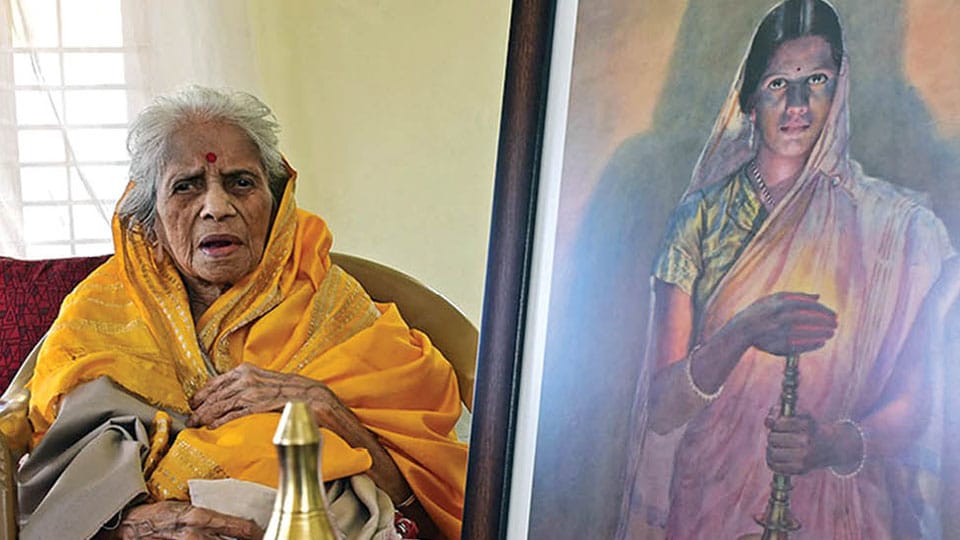 Mumbai:  The girl holding the lamp in the celebrated painting ‘Glow of Hope,’ also known as the ‘Woman With The Lamp,’ has died at 102. Gita Uplekar died at her daughter’s house in Kolhapur in western Maharashtra on Tuesday evening after a brief illness, family sources said.

The painting, a watercolour masterpiece by S.L. Haldankar, is now housed in the Sri Jayachamarajendra Art Gallery at the Jaganmohan Palace in Mysuru. It is one of the most prized possessions as well as a major attraction at the gallery. It was painted in 1945-46, almost seven decades ago, but yet holds the same amount of fascination for art lovers all over the country as then.

Though the masterpiece is Haldankar’s creation, it has been wrongly attributed to legendary painter Raja Ravi Verma. The girl in the painting was Gita Uplekar, Haldankar’s third daughter. She was staying at Kolhapur since the 1940s after her marriage to jeweller Krishnakant Uplekar.

Condoled: Member of erstwhile royal family Pramoda Devi Wadiyar has expressed deep sorrow at Gita’s demise. “I am very sorry to learn about Gita’s death. On behalf of all art lovers I express deep condolences to the members of family. This painting is on display at the Jaganmohan Palace and this is admired by everyone who visits the gallery. It is an invaluable painting,” Pramoda Devi told Star of Mysore. 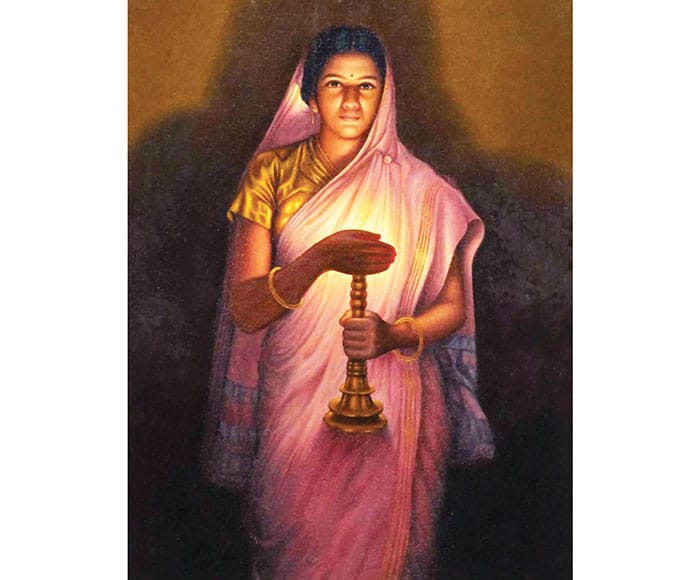 Gita Uplekar is survived by two daughters and a son and was staying in the house of the daughter who lives in the US.

“I was 12 and lighting the Deepavali diya when Bhau (her father Haldankar) saw me and asked me to pose for the sketch,” Gita had said at an event in Kolhapur to mark her turning 100. The painting was completed in three days, she had said.

Family sources said that some years ago, a buyer from France was ready to buy the painting for Rs.8 crore, but Pramoda Devi Wadiyar, who runs the Sri Jayachamarajendra Art Gallery, did not part with the portrait, which was bought from Haldankar for Rs.300.

When the painting was being done, she had to hold her pose for over three hours continuously, Gita Uplekar had said. Haldankar painted his daughter in a beautiful saree with a candle and her hand woven around the flame to prevent the wind from blowing it out. The rays of the candle radiated from the gap within her fingers and it also illuminated her face.