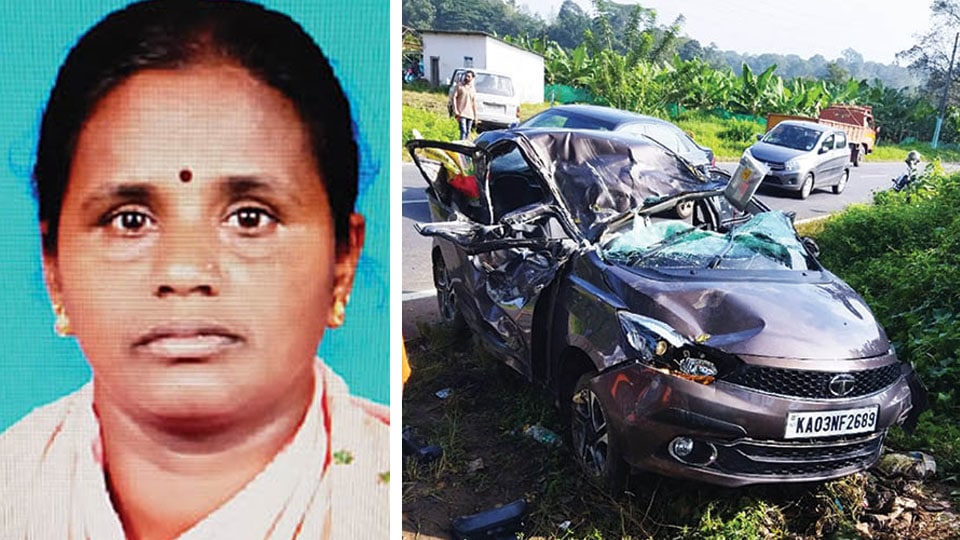 Madikeri: A woman was killed on the spot, while her two sons suffered serious injuries, when the car in which they were travelling collided head-on with another car near Bhadragola on Thithimati-Devarapura Road.

While deceased has been identified as Chandrakala (45), a resident of Virajpet, her injured sons are Pavan and Madhusudan, who have been admitted to a hospital in Mysuru.

Chandrakala, along with her sons, was proceeding towards Hunsur via Thithimati from Virajpet and when they neared Bhadragola on Devarapura Road, another car, which came in the opposite direction, collided head-on with their car, resulting in Chandrakala breathing her last on the spot and her two sons sustaining serious injuries. The car has also been damaged severely due to the impact. Ponnampet Police, who have registered a case,  are investigating.