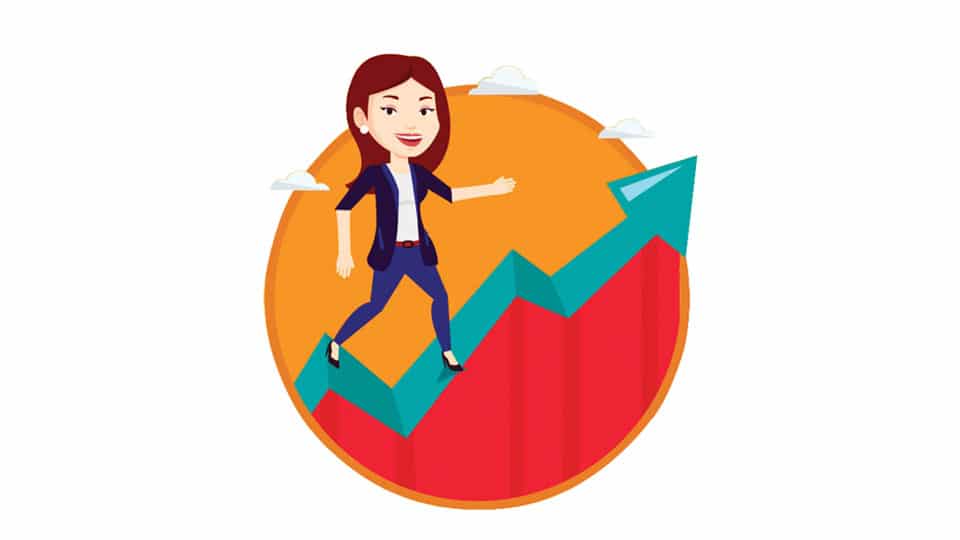 March 8 was Women’s Day and as I was driving I noticed a cow grazing on plastic. I felt women and bovines are treated very similarly by a patriarchal society. These two are the most revered in our country, yet badly treated.

On one hand we have men who worship the women leaders in their parties while seeking blessings of female deities such as Lakshmi, Saraswathi and Parvathi, to bestow on them wealth, education and protection, but on the other hand, we have rampant sexual assault cases, marital rape is still NOT illegal, Triple Talaq is still NOT illegal and Women’s Reservation Bill is still NOT passed in Parliament.

Similarly the bovine is divine but look how they are treated? They are forced to graze on plastic only to die in pain later, transported in autos breaking their legs and used as a political instrument.

It is a mirror to our hypocrisy, but at least there is hope for women because educated and entrepreneurial women will be needed for a healthy India — both financially and socially.

In fact, a 2015 study titled “The power of parity: Advancing women’s equality in Asia Pacific” suggested that even a 10% increase in women’s workforce participation could add $770 billion to India’s Gross Domestic Product (GDP).

Once educated, a woman tends to take the path towards a better life for her and her family. This is where wealth creation happens and here is where the government must generously apply its mind and effectively invest its money by encouraging entrepreneurship.

No wonder last year on Women’s Day NITI Aayog, the government think tank, launched the Women Entrepreneurship Platform (WEP). WEP is aimed at building an ecosystem for women across India and several leading corporate and industry bodies such as NASSCOM, CII and even Facebook have partnered in this effort. (For details visit https://wep.gov.in.)

This apart there are numerous schemes such as Annapurna Scheme, Dena Shakti Scheme and Mahila Udyam Scheme, to name a few. These schemes provide money and mentorship for women entrepreneurs. It’s up to the women to use it and not let their husbands become proxy money-makers.

India used to have high household savings which is important for the Indian economy and this saving was usually done by women. But now that number is dropping and it is important to get women into the workforce and kindle their entrepreneurial spirit.

The company said in a statement that over 50 percent of the home hosts working with them are women. The largest number of women hosting were from Goa, Mumbai and Bengaluru.

Encouraged by this, Airbnb tied up with Self-Employed Women’s Association (SEWA), which has over 20 lakh rural Indian women as its members to host guests for a rural Indian experience and last year they reported a business of Rs. 10.50 lakh!  The rural women had hosted more than 500 guests from Asia, USA and Europe.

While women entrepreneurship is on the rise with access to education and a growing sense of equality and financial viability of women in India, there is still skepticism and the reasons are very typical — Bankers denying credit to women doubting if they can pay back; Family responsibilities; Patriarchal society that does not encourage women in business; Difficulty in handling men who are in positions of power and lack of appetite for risk. But these are all “typical” prejudices which stem from minds of men. In fact, the truth is different.

A few years ago I was speaking to Dr. B.R. Pai, the Chairman and Managing Director of Vijay Wires and Filaments Pvt. Ltd. in Mysuru. We were discussing the importance of empowering women and its social and economic benefits.

The topic then veered towards women entrepreneurship and he had a very interesting take. He said “women are designed to be entrepreneurs” and pointed out five aspects:

First, he said a woman is designed since childhood to take risk because when she is growing up she is often told that one day she will have to leave her home and go make a home of her own.

Secondly, an entrepreneur must wear different caps — because when one starts a venture one has to be the marketing person, the production person, the public relations person etc., and a woman knows these roles as she is a wife, a mother and the PRO for her family.

Thirdly, like an entrepreneur is the boss of his small venture, a woman too is the boss of the house. She manages money, manages children & her husband and is the boss who steers her house to become a successful home.

Fourthly, like an entrepreneur she has an urge to prove her mettle. Because in Indian households, the boy in the family is given more freedom so he can go out, explore and try varied things whereas a girl is restricted. So when a girl gets a chance to shine, she grabs the opportunity, gives her all and comes out shining.

Finally, Patience. Like a successful entrepreneur, a woman has a lot of patience. She knows how to keep the mother-in-law happy, deals with the father-in-law, brother-in-law, children, husband and the maid. So all these qualities make women, especially Indian women, ever-ready entrepreneurs.

So, the government will do well to tap these traits in women. And once women become part of wealth creation, equality will follow. Once women are educated, the growth of India will be sustainable, once women start to impart their knowledge and drive for success, we can look at a developed India.

May be by next Women’s Day, India will have many more educated women and entrepreneurs which will have a positive effect on the nation’s economy and social fabric.

not be impressed by freebies but more interested in education and entrepreneurship.