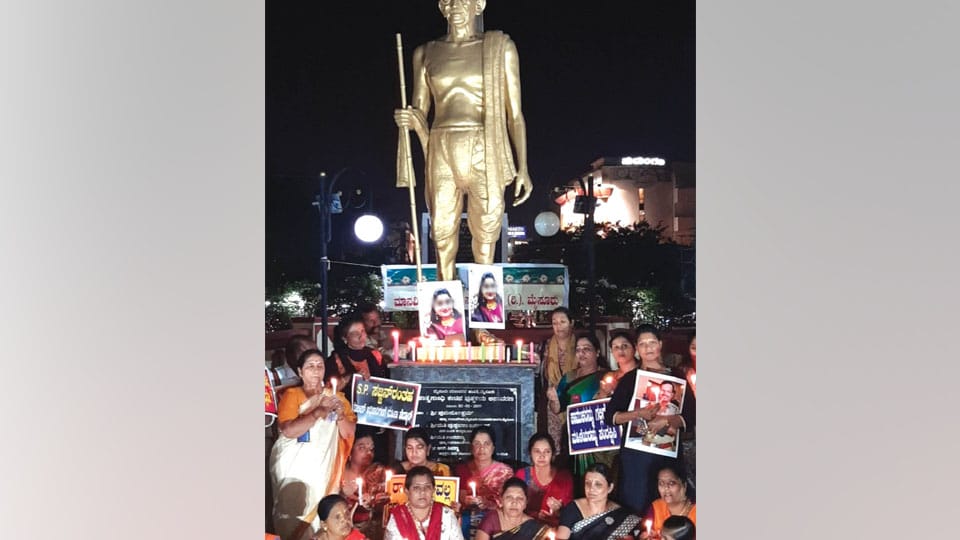 Mysuru: Alleging that  atrocities and crimes against women are on the rise in the country, members of Maanaviya Mahila Seva Trust staged a candlelight protest at Gandhi Square in the heart of the city yesterday.

They also demanded that the convicts in such cases be punished with death.