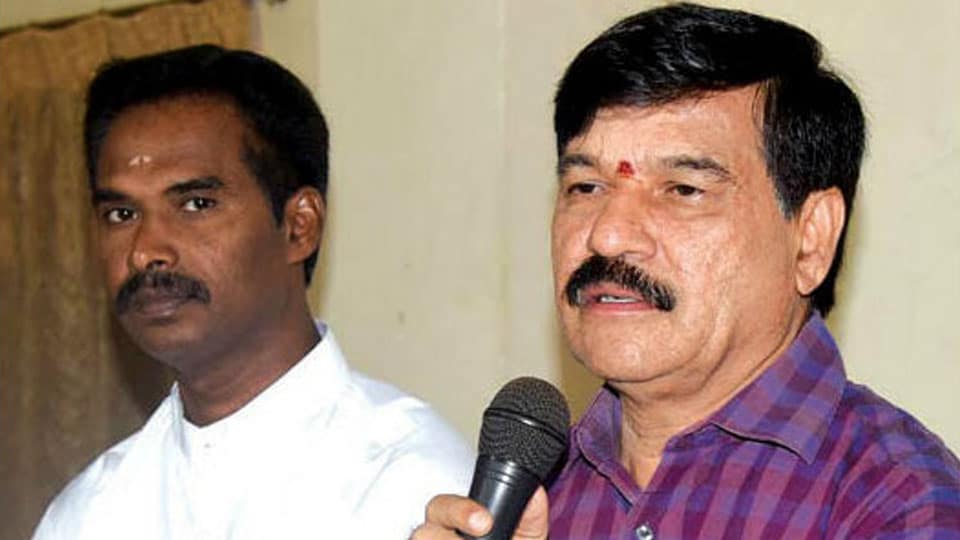 Mysuru: “There is a remarkable improvement in the health of HIV positive children specifically housed at the Amma Mane with a significant reduction in their infection. These children will climb Chamundi Hill tomorrow at 6 am as part of World AIDS Day,” said former Minister S.A. Ramdas.

Addressing a press meet at Pathrakartara Bhavan here yesterday, Ramdas observed that there has been an increase in the number of people infected with HIV and added that a few do not get treated while a few die concealing the truth fearing admonition by society.

He said that Amma Mane was established in 2015 to house 20 HIV positive children and provide treatment to them and also boost their morale and confidence. He further said that treatment was being provided through ayurveda, yoga, agnihotra, soorpapana and panchagavya for the last two years which has reduced the infection by about 90% and hoped that all the children would be free of infection in the next two-and-a-half years.

Continuing, Ramdas disclosed that a Research Centre in London has published a report referring to the pattern of treatment given to the kids at Amma Mane. He hoped that the treatment would get world-wide recognition soon.

Ramdas further said that people usually take about one hour to climb Chamundi Hill and confidently said that the Amma Mane children would climb the Hill in just 14 minutes tomorrow to justify their fitness level. A few other people would also climb the Hill to encourage and cheer the kids.

Yoga instructor B. Dhanya Kumar, who also spoke said that the children of Amma Mane used to get up at 4.30 am and perform 29 types of yogasanas coupled with six mudrasanas which was an indication of their good health.

One of the inmates of Amma Mane, speaking on the occasion, expressed satisfaction over the food and treatment being given there. He recalled that before the treatment they were frequently down with fever with lack of appetite which have been cured now.

Chamundi Hill S A Ramdas World AIDS Day
Miscreants con woman of Rs. 2.4 lakh in the guise of getting her job
MCC locks up 20 shops operating in cellar