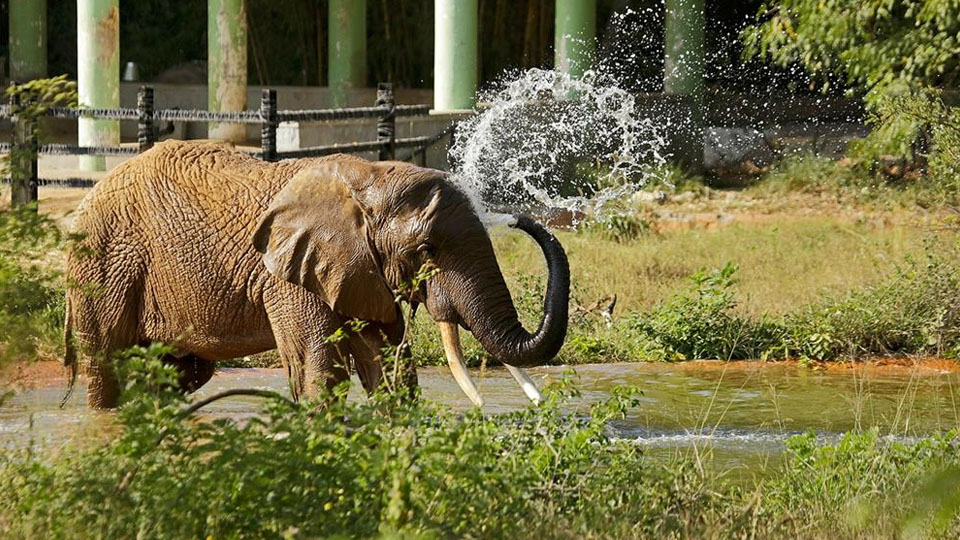 Mysuru: Wearing elephant masks, chains and shackles and holding out the palms of their hands — painted blood-red — the members of People for the Ethical Treatment of Animals (PETA) India will gather near Kote Anjaneyaswamy Temple, outside Mysore Palace, tomorrow (Aug. 9) at 12 noon to call for an end to the use of elephants in performances, including circuses and processions, and for tourist rides. The action comes just days ahead of World Elephant Day (Aug.12).

Elephants are used in Vijayadashami procession during Dasara. Mahouts (handlers) start bringing groups of animals to the city approximately a month before the start of the festivities, transporting them in trucks or forcing them to walk the 70 kms from Nagarahole National Park to Mysuru. They’re then “trained” to perform in the parade.

PETA India — whose motto reads, in part, that “animals are not ours to use for entertainment or abuse in any way” — notes that while elephants in nature travel as far as 50 kilometres per day, those in captivity often suffer from foot problems and arthritis because of long periods spent chained on hard surfaces. Many suffer from malnutrition or dehydration or die prematurely.For details, visit PETAIndia.com.