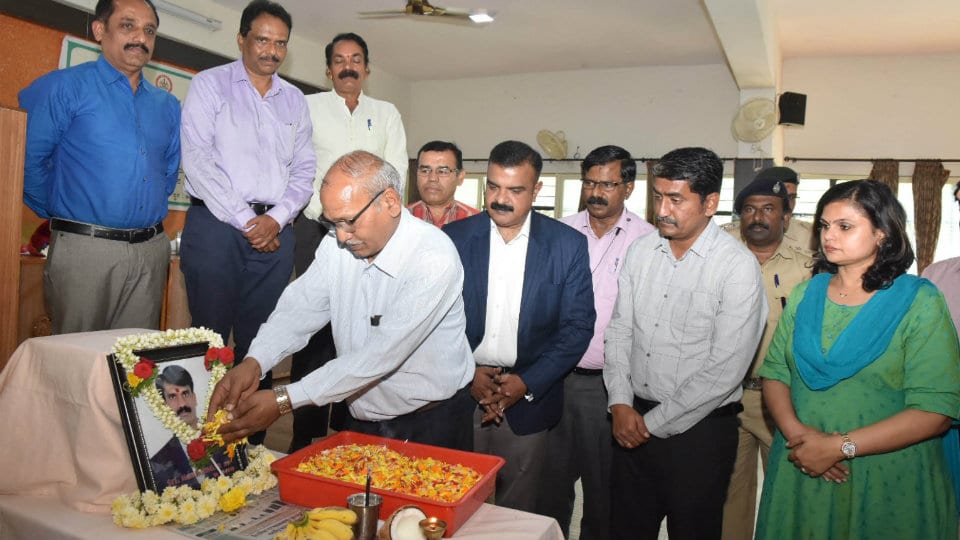 Mysore/Mysuru: World Wildlife Day-2020 was observed with the theme ‘Sustaining all life on Earth,’ which includes all animal and plant species as well as the livelihoods of people living closest to nature, at a programme organised by the Forest Department at Aranya Bhavan in Ashokapuram here this morning.

The World Wildlife Day 2020 theme is aimed at ensuring sustainable use of resources and conservation of land and groundwater to stop biodiversity loss. World Wildlife Day is also observed to celebrate the varied forms of wild fauna and flora on the planet and to raise awareness regarding the multiple benefits that their conservation provides to people.

The day also aims to encourage people to step up their fight against poaching and other wildlife crimes, which results in many species getting extinct leading to wide-ranging economic, environmental and social impacts.

Tributes were also paid to late Conservator of Forests (CF) Manigandan, former Director of Nagarahole National Park, who was killed by an elephant on Mar. 3, 2018. Floral tributes were offered to the portrait of late Manigandan by the Forest Department officials.

Speaking on the occasion, Chief Conservator of Forests (CCF) – Mysuru Division, T. Heeralal, said: “as we all believe Sun as God, we should also believe the martyrs from Forest Watchers to CF as Gods as they had laid down their lives for the protection and conservation of forests and wildlife. Their services should not be forgotten but should be remembered always, he added.

Continuing, Heeralal said that Manigandan was a 2001 IFS Officer, who had contributed a lot to the protection of forests and wildlife wherever he went and added that it was a tragedy that Manikandan was killed in an elephant attack.

A voluntary blood donation camp in memory of late Manikandan was held on the occasion in which CF T. Heeralal donated blood along with others.