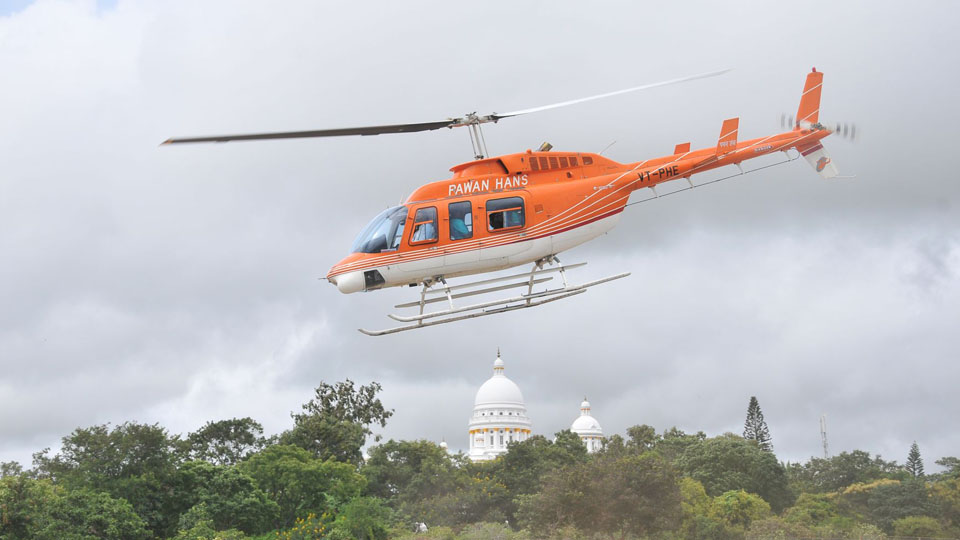 Both Gadkari and Yeddyurappa had plans to fly from Shivamogga and arrive at the Lalitha Mahal Helipad at 2.30 pm today to participate in the BJP Rally at Maharaja’s College Grounds that will be addressed by Prime Minister Narendra Modi.

The SPG reportedly denied permission for the chopper to land at Lalitha Mahal Helipad due to security reasons (already three Indian Air Force choppers have landed there as part of PM’s security) and also ruled out the Maharaja’s College Cricket Grounds Helipad where the PM’s chopper will land after he comes from Shravanabelagola.

With no other chopper landing facility in city, now Yeddyurappa and Gadkari’s chopper will have to land at Suttur, 30 kilometres from Mysuru, and then travel by road from there.