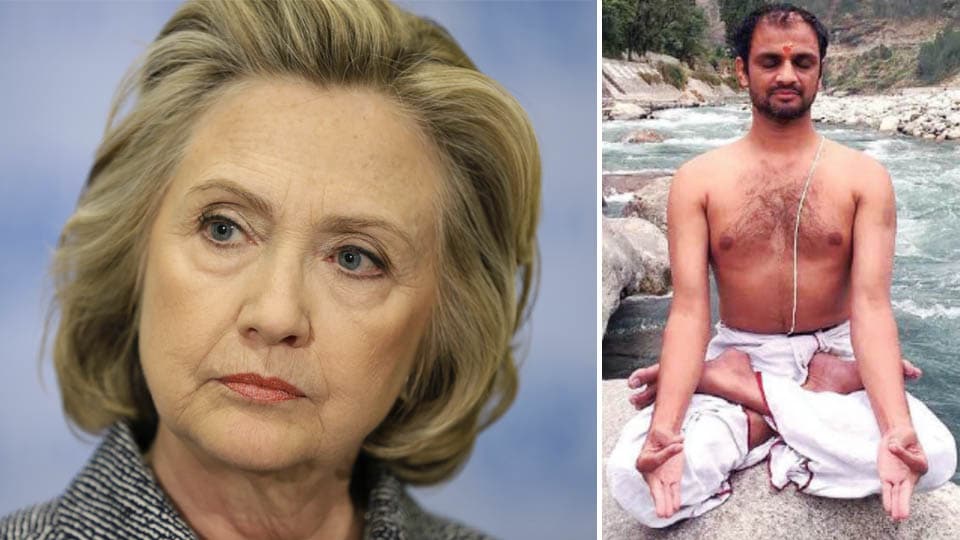 Mysuru: A Yoga technique invented and propagated by a Mysuru-based Yoga Guru has impressed former US Secretary of State Hillary Clinton, the wife of former US President Bill Clinton. The technique is called Alternate Nostril Breathing or Nadi Shodhana Pranayama and has been invented by R. Sharath Jois, a teacher, practitioner and lineage holder of Ashtanga Yoga, in the tradition of K. Pattabhi Jois, his grandfather.

Sharath is the Director of Shri K. Pattabhi Jois Ashtanga Yoga Institute, Gokulam. He is an author, the subject of several documentaries and is known for his expertise in Ashtanga Yoga.

Hillary Clinton mentions about Nadi Shodhana Pranayama in a CNN TV show Anderson Cooper 360° and asks the show host Anderson Cooper, “Have you tried that? I would highly recommend it.”

“Never heard of it?” Cooper also wanted to know what it was. So Clinton demonstrated, “You breathe through one (nostril), and you hold it, and you exhale through the other, and you keep going,” she explained.

“I can only say, based on my personal experience, that if you’re sitting cross-legged on the yoga mat and you’re doing it and you’re really trying to inhale and hold it and then have a long exhale, it is very relaxing,” she explained.

Clinton describes the practice on page-27 of her newly-released memoir, “What Happened,” as a key way to recover from the stress of losing a lifelong dream of becoming President.

In a report, CNN’s Sandee LaMotte says that Alternate Nostril Breathing or Nadi Shodhana Pranayama, has a long and storied history in both Yoga and Ayurvedic Indian medicine.

In Sanskrit, “Nadi” means channel or flow. “Shodhana” means clarifying or purifying, and “Pranayama” means to take control of the breath. Combined, you have a deep breathing technique that is believed to purify and de-stress the body, the report says. According to the report, proponents say that by infusing the body with oxygen, the practice releases toxins, calms the nervous system, rebalances hormones, enhances mental clarity and concentration, and brings balance to both hemispheres of the brain. 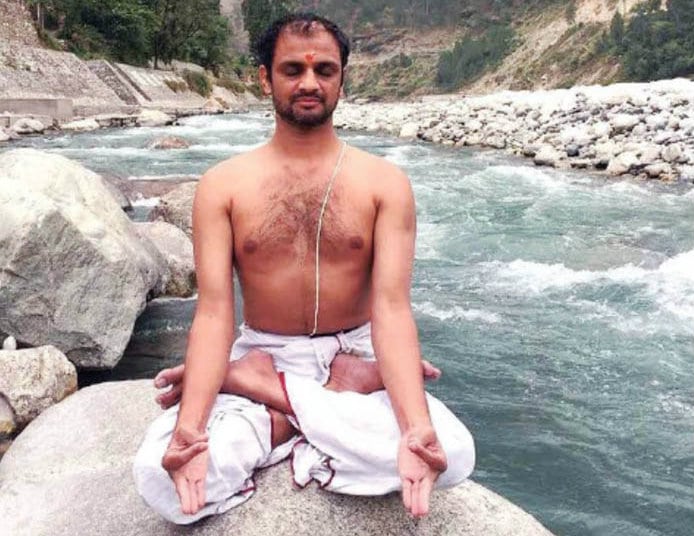 Expressing happiness over Hillary’s endorsement of a yoga technique invented by him, Sharath Jois told Star of Mysore that he had invented the Nadi Shodhana Pranayama eight years back after many years of Yoga studies and research in Pranayama.

“It was invented with an intention of helping everyone with simple breathing techniques for stress relief and healthy life. It is a great and proven stress-buster and cures respiratory problems. While regular Pranayama with Asanas is complicated, this Nadi Shodhana Pranayama is a simple technique,” he said.

Anybody can practice Nadi Shodhana Pranayama and practicing it for just a few minutes every day helps keep the mind calm, happy and peaceful. It also helps in releasing accumulated tension and fatigue, Sharath added.

How to do Nadi Shodhana Pranayama? 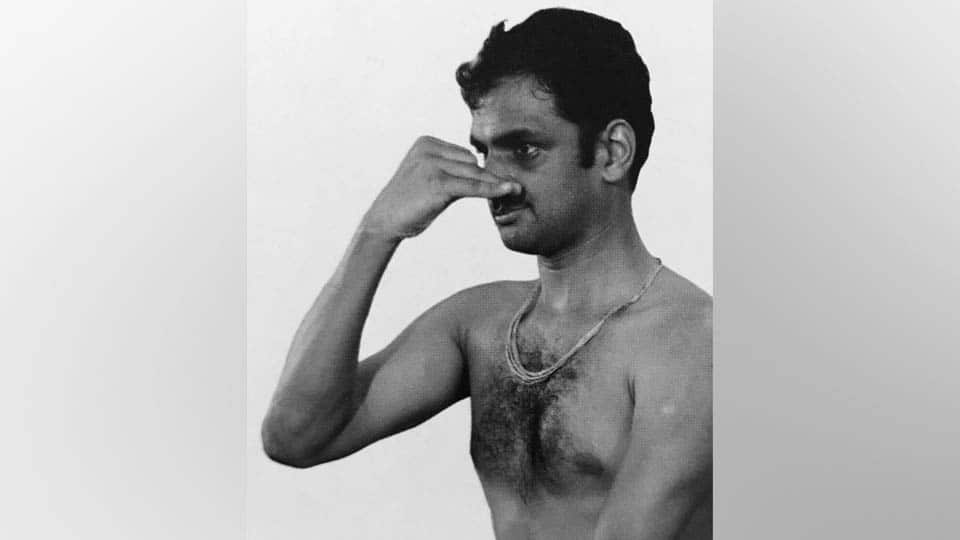