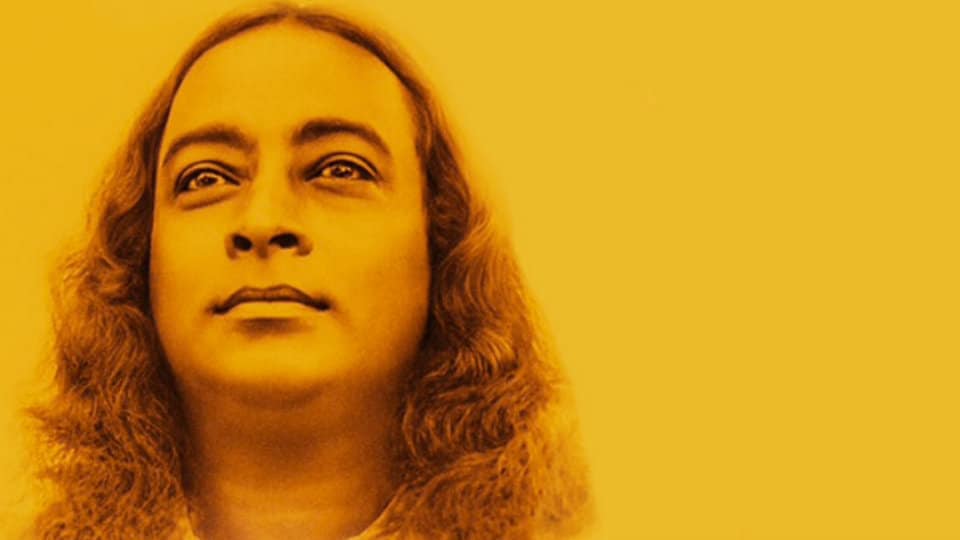 Yogi of Yogis Sri Paramahansa Yogananda who had visited our city

Paramahansa Yogananda was an Indian yogi and guru who introduced millions of people including westerners to the teachings of meditation and Kriya Yoga through his book, Autobiography of a Yogi. On the occasion of International Yoga Day tomorrow, we hereby publish an article written by K.G. Manjunath on the contributions of Paramahansa to the world of Yoga.

We have no doubt that Paramahansa Yogananda would be pleased that the world is now paying homage annually to India’s ancient science of God-realisation by celebrating the International Day of Yoga, as his life was dedicated to introducing all truth-seekers to the time-honoured techniques of Yoga meditation.

“Man remains engaged in an unceasing quest for that ‘something else’ and he hopes it will bring him complete and unending happiness. For those individual souls who have sought and found God, the search is over: He is that something else.” This gem of wisdom was perhaps the essence of Paramahansa Yogananda’s teaching of Raja Yoga/ Kriya Yoga — the scientific path for attaining all-fulfilling personal communion with God.

Paramahansa was born in Gorakhpur, Uttar Pradesh, on January 5, 1893. After graduating from Calcutta University in 1915, he was initiated into sanyas. His guru, Swami Sri Yukteswarji encouraged him to take up organisational work, reminding him that he who renounces worldly duties must love and serve, as his own, the larger family of humanity. Thus, Yogoda Satsanga Society of India was founded in 1917, with an Ashram and a small school in Ranchi, Jharkhand.

Yogananda spent over thirty years in America, spreading the ancient science of Kriya Yoga as taught and practiced by Lord Sri Krishna, Pathanjali and other illumined sages of India over the centuries. He advocated the brotherhood of man under the fatherhood of God. A century after the birth of Paramahansa Yogananda, he has come to be recognised as one of the pre-eminent spiritual figures of our time. The influence of his life and work continues to grow. Many of the religious and philosophical concepts and methods he introduced decades ago through his prolific writings are now finding expression in science, education, psychology, medicine, business and other spheres of endeavour— contributing in far-reaching ways to a more integrated, humane and spiritual vision of human life.

His magnum opus, ‘Autobiography of a Yogi’ is acclaimed as a spiritual classic and masterpiece, read all over the world by people of all creeds and paths. Those who read the book claim they are transformed and their spiritual understanding of life greatly clarified. Selected as one of the 100 best spiritual books of the last 100 years in 2000, it was published in 1946 and expanded in subsequent editions.

Written for a modern audience and translated into 45 worldwide languages including 13 Indian languages, it is widely regarded today as a spiritual masterpiece, one of the most important, relevant and readable works on Yoga and ancient Indian philosophy.

In one of the chapters on Cosmic Consciousness, Yogananda says: “After the mind has been cleared by Kriya Yoga of sensory obstacles, meditation furnishes a twofold proof of God. Ever-new joy is evidence of His existence, convincing to our very atoms. Also in meditation, one finds His instant guidance, His adequate response to every difficulty.”

During November 1935, H.H. the Yuvaraja, Sir Kanteerava Narasimharaja Wadiyar, had invited Yogananda to visit his enlightened and progressive realm. For over two weeks, Yogananda addressed thousands of Mysore citizens and students, at the Town Hall, the Maharaja’s College, the University Medical School and held three mass meetings in Bangalore, at the National High School, the Intermediate College, and the Sir Puttanna Chetty Town Hall where over 3,000 persons had assembled.

Yogoda Satsanga Society of India has over 200 meditation centres all over India in addition to more than 500 centres around the world organised under Self Realisation Fellowship. In addition, there are four ashrams, in Ranchi, Kolkata, Noida, and Dwarahat (near Ranikhet).

YSS publishes the writings and lectures of Paramahansa and his senior disciples. In recognition of his outstanding contribution to the world, our nation and the world has paid befitting tribute to Paramahansa Yogananda. Swami Sivananda of Divine Life Society said: “A rare gem of inestimable value, the like of whom the world is yet to witness, Paramahansa Yogananda has been an ideal representative of the ancient sages and seers, the glory of India”

The Shankaracharya of Kanchipuram said: “I met Paramahansa Yogananda in Calcutta in 1935. I have been following the accounts of his activities in America ever since. As a bright light shining in the midst of darkness, so was Yogananda’s presence in this world. Such a great soul comes on earth only rarely, when there is a real need among men.”

Bengaluru has commemorated the life and contributions of Paramahansa Yogananda and his spiritual organisation by naming a major road in Domlur II Stage. The naming of Domlur 1st Main Road and ESI Road to “Paramahansa Yogananda Road” was organised on December 30, 2015 by the Bruhat Bengaluru Mahanagara Palike (BBMP) in the presence of Ministers, dignitaries from the city administration including the Mayor and eminent leaders of Bengaluru.

In Mysuru, Yogoda Satsanga Dhyana Kendra (YSDK) situated in Saraswathipuram, had organised the International Day of Yoga on June 17 and 18. It will also be held on June 21. The highlights of the celebrations are Open House, Exhibition of the Books, Publications, CDs and DVDs, Slide Shows and Film Shows on Paramahansa Yogananda’s life and teachings. The events are free and open to all.