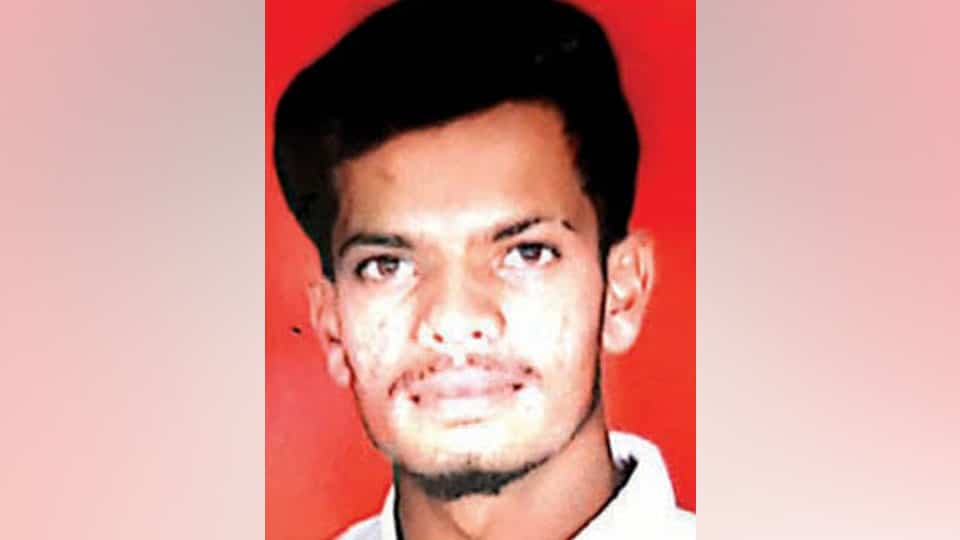 Nanjangud: A youth, who had got married to the girl he had loved, committed suicide after she went missing the next day of their marriage. The deceased youth is Vignesh (22), son of Basavaraju of Devanur village in the taluk. Vignesh and Soujanya, daughter of Parashivappa, were in love with each other since about two years and had secretly got married at Mudukuthore Temple about two months ago and had brought his wife to his house.

The next day, Soujanya left for her parents’ house to bring her dresses and did not return. Meanwhile, her parents had lodged a complaint against Vignesh stating that he had kidnapped their daughter following which the Police had summoned Vignesh to the Police Station and had questioned him.

Though Vignesh had accused Soujanya’s parents of keeping her confined in their house, her parents had rubbished his accusation, it is learnt.

Vignesh, who was depressed as his wife was not found even after two months, committed suicide by hanging self to a tree at his farm. Meanwhile, Vignesh’s mother Rathnamma has lodged a complaint against Soujanya’s father Parashivappa, Bhanuprakash and Shivaiah at Dodda Kavalande Police Station.

Based on the complaint, the Police have registered a case against the three persons, Dodda Kavalande Sub-Inspector Ravikumar told Star of Mysore