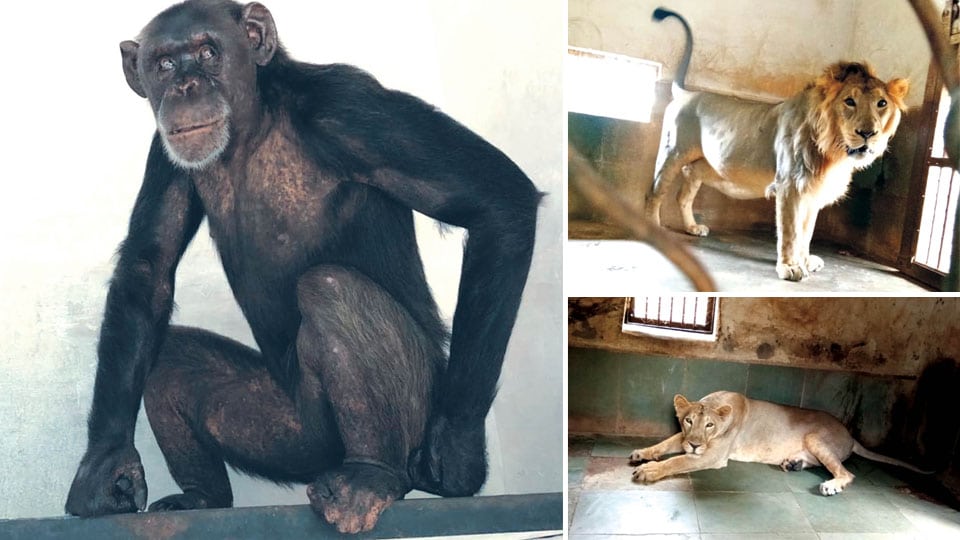 Zoo gets female chimp from Singapore, Asiatic Lions from Gujarat

Mysore: The Mysuru Zoo, under Animal Exchange Programme, has received a female chimpanzee from the Singapore Zoo and a pair of Asiatic Lions (one male and one female) recently.

The 14-year-old chimp, named Rah, arrived at Mysuru Zoo on June 23 in exchange for a female Sloth Bear named Rani. With the inclusion of Rah, the Mysuru Zoo now has a total of five chimpanzees. Rah has been kept under observation and will be displayed for the public shortly, said Zoo Executive Director Ajit Kulkarni.

As per the approval of the Central Zoo Authority (CZA) of India, two pairs of Asiatic Lions (2 males and 2 females) were received by the Mysuru Zoo from Sakkarbaug Zoo, Junagadh, Gujarat on June 26 out of which, one pair (one male and one female) has been shifted to Bannerghatta Biological Park in Bengaluru.

Ajit Kulkarni said that they would seek one lioness after observing the condition and behaviour of the newly-arrived lions. Following the arrival of the pair of lions, the Zoo now has a total of six lions.