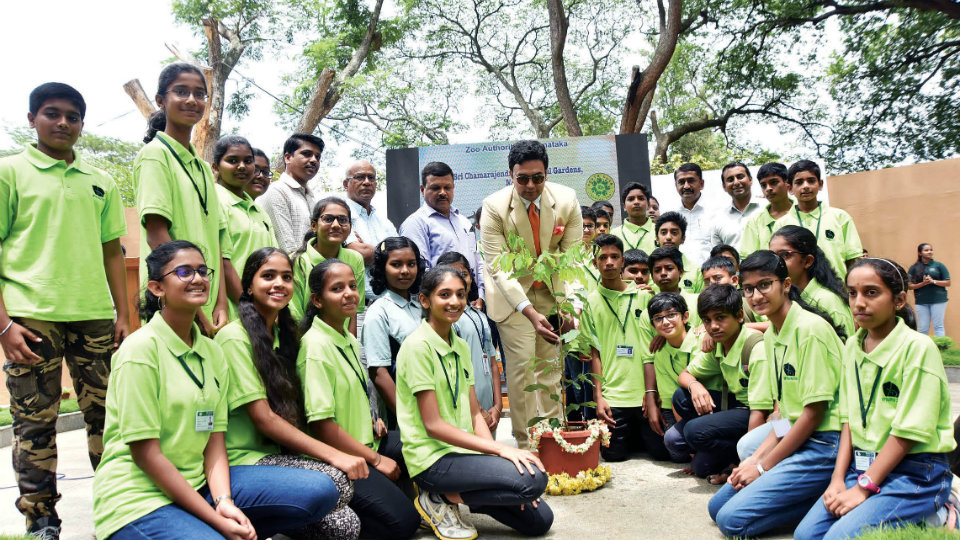 Mysuru:  “Just like creating awareness on environment protection and nature conservation, there is a need to create awareness on the necessity of wildlife conservation,” opined Yaduveer Krishnadatta Chamaraja Wadiyar. He was addressing the gathering during the inauguration of the Youth Club at Sri Chamarajendra Zoological Garden, popular as Mysuru Zoo in city this morning.

Stating that the Zoo was established by Chamaraja Wadiyar, Yaduveer said that earlier, when Srirangapatna was the capital of Mysore Kingdom during the rule of Mummadi Krishnaraja Wadiyar, wild animals which were received as gifts when the Mysore rulers visited other kingdoms were housed in the present Zoo premises.

He added that the Kings used to stay at Lokranjan Mahal adjacent to the Zoo and took care of the wild animals in the 100-acre land. Now the Zoo has expanded to 157-acre property.

Yaduveer lauded the Zoo authorities for holding training programmes for youths through the Youth Club and assured help from Mysore Palace to educate youths on wildlife. Chief Conservator of Forests (CCF) T. Heeralal said that the forests were being destroyed everyday and the green cover has shrunk considerably and as such, it has become inevitable to create awareness on its protection.

A documentary on Mysuru Zoo was screened on the occasion. Students aged between 12 and 18 years, who have been selected for the Zoo Youth Club will be trained only on Sundays between 10 am and 1.30 pm.

Those selected will be exposed to various activities of Zoo education and wildlife conservation and to disseminate knowledge about the variety and value of wildlife and captive management of wild animals. They will also be exposed to periodic theory classes and practical works in up-keeping, feeding, visitor’s survey, keeper and visitor interaction.