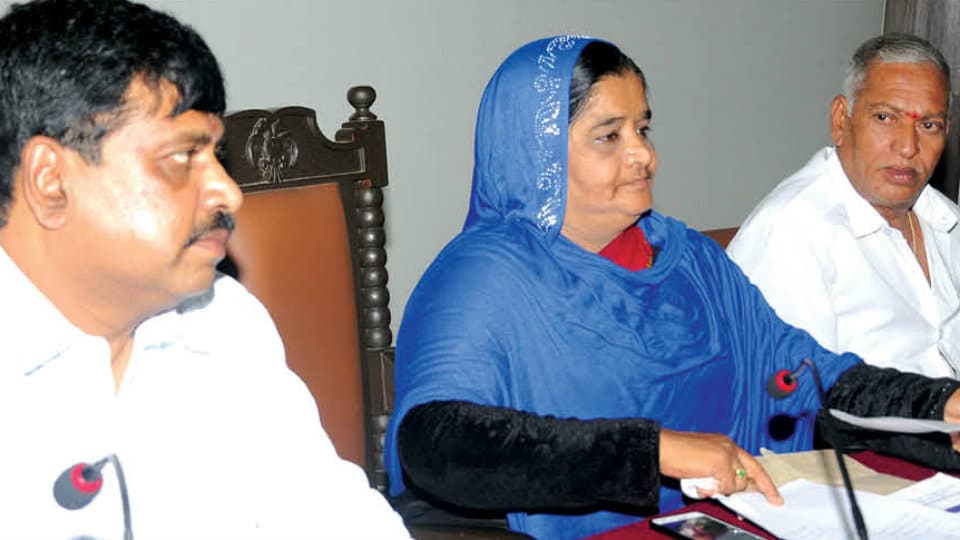 Mysuru: The district’s poor showing in the SSLC exam (2016-17) took centre stage at the Zilla Panchayat (ZP) General meeting that began at the ZP Hall here this morning.

Even before the meeting agenda was placed before the members, ZP member from H.D. Kote taluk Venkataswamy moved a attention motion demanding an answer from the Department of Public Instruction on the actual shortage of teachers in Government High Schools.

Expressing huge disappointment over the district slipping to 21st position this year in SSLC result as compared to eighth last year, Venkataswamy who was supported by other members, wanted to know the reasons for the district’s poor showing.

Blaming the poor infrastructure and quality of teaching in Government Schools, the members wanted the DDPI to be held responsible for the district’s dismal performance.

When DDPI H.R. Basappa sought to explain the measures taken by the Department, the ZP members objected saying that only the ZP President and CEO have the authority to answer in the meeting. They also demanded that action must be taken against all Education Department officials who failed to perform as expected from them.

Dr. Pushpa Amarnath of the Congress wanted a ZP Committee to take a look into the district’s poor showing in SSLC results.

Highlighting that whatever measures that are to be taken for improving the performance next  year must be implemented at the start of the academic year (June) itself, Dr. Pushpa asked the Education Department to address the shortcomings and work out plans for propelling the district within the fifth position   next year.

Suggesting for a thorough introspection for finding out the causes for the district’s disappointing performance, Dr. Pushpa appealed the ZP President to immediately convene a meeting of High School Head Masters and come up with appropriate and practical measures for greatly improving the district’s performance in future.