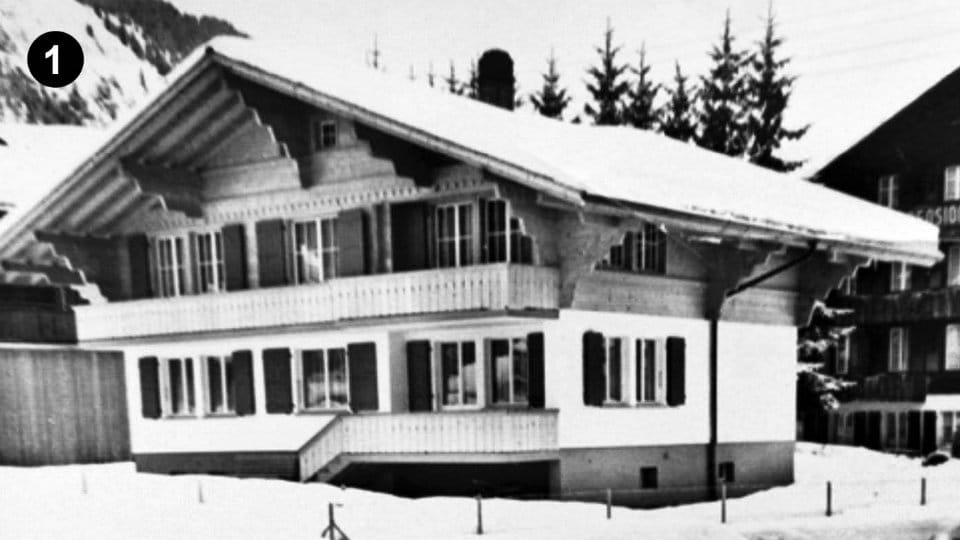 Tourists collect small souvenirs of their visit to enjoyable holiday spots. For me, our three-year sojourn in Switzerland is a treasured memory. It influenced my outlook and understanding of other cultures.

In 1961, my husband was posted to the Indian Embassy in Bern, Switzerland. With our infant son we started from Mysore by train to Madras. We could run up to the steam engine at halts where the driver would give us sterile water from the boiler to wash feeding bottles. At Bombay, we boarded the Italian liner, ‘SS Victoria’. We touched Aden, sailed through the Suez Canal, halted at Naples and berthed at Genoa, Italy. A train through the Simplon Tunnel brought us to Bern.

I recall my first sight of the blue-green river Aare, foaming white at the weir, circling the town of Bern. The old city had cobbled streets and a medieval tower. An astronomical clock, a musical mechanism and a great bell were added later. It is called the “Zytglogge” or  “Time Bell.” The arcades had window boxes of flowers; red geraniums, purple petunias and blue gentians. In summer, Markt Platz was filled with stalls of vegetables and fruits; plums, greengages, peaches and aromatic apricots.

Our apartment was on Muristrasse, a road leading to the Lake Thun, while a fork led to Lake Lucerne. The signpost read “Thun Lucerne.”  An Indian visitor boasted, “I already understand some German; I know that Thun Lucerne means Turn Left”!

Our neighbour, Frau Trudi Z’graggen became a life-long friend. She was from Basel. Her husband Alfred had the Swiss virtues of discipline and sense of duty. 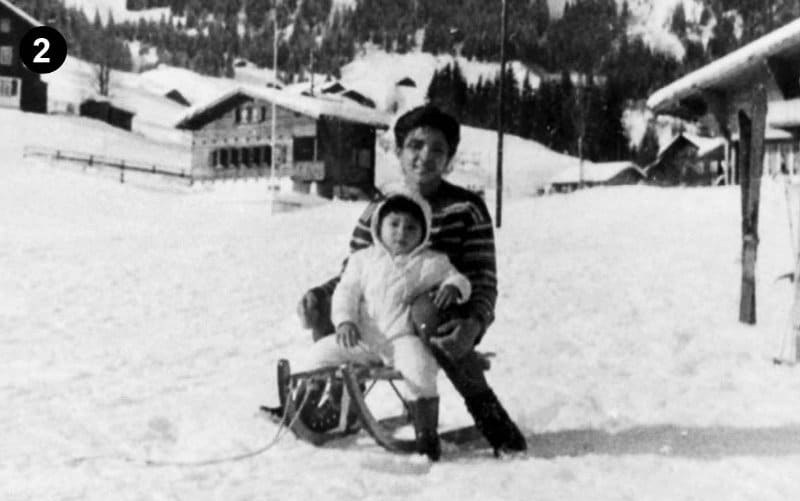 Swiss men did a compulsory tour of military duty every year. The wives were responsible for keeping the uniforms in order, polishing brass buttons and shining the boots. At that time Swiss women did not have the vote. A referendum in 1973 by Swiss men decided in favour of the vote for women.

We got to know members of the Swiss Foreign Office and their spouses. One of them, Frau Buhler kept a kindly eye on me. In summer, discarding cardigans and shawls, I attended a Reception wearing a sari and choli with a bit of midriff showing. Frau Buhler took me aside and whispered, “I have to tell you that your dress has come apart!” I pulled my pallu tightly round me and stayed covered.

On weekends, seeing cars loaded with skis heading for the snowy slopes, we also wanted to learn skiing.  We went to a Dry Ski School atop Bern’s iconic Gurten Hill in a large building. The floor, covered in matting sloped from the ground to a platform about eight feet from the ceiling. We learnt to climb to the top sideways, right ourselves to slide down the “piste”. After painful tumbles, we learnt to stay erect and could go on real snow. The School is now a theatre, one of the attractions of the Gurten.

We chose the resort of Lenk for our ski holiday. The wintry landscape of bare branched trees laden with snow crystals seemed magical. Our rented chalet, its honey-coloured timber and golden lamplight was inviting. [Pic.1]

After the learner slopes we were to ascend a hill with the T-Bar. The metal support at our backs pulled us upward. After a while I fell off. The mechanism stopped and other skiers complained.  I was shaken. I did complete the course and managed to ski a bit that year. Later on, I was happy to just pull my small son around on a sled. [Pic.2] 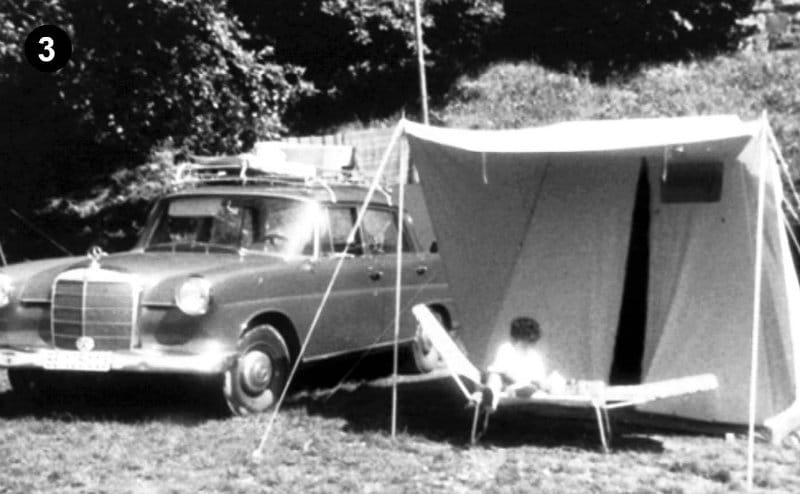 Another time we went camping trip, starting from Montreux on Lake Geneva.  We unloaded the tent and tried to set it up. It did not look quite right but seemed habitable and we settled down for the night [Pic.3]. Soon the wind rose and raindrops spattered on the tent sides. I heard some hammering all around and grumbled about being disturbed. The next morning we found that the tent was insecure and it could have collapsed on us. Our neighbours had braved the rain and hammered in the tent pegs to safeguard us. I was deeply touched and my respect for the Swiss was reinforced. The best souvenirs are one’s bonds of friendship with the people of other lands and cultures.