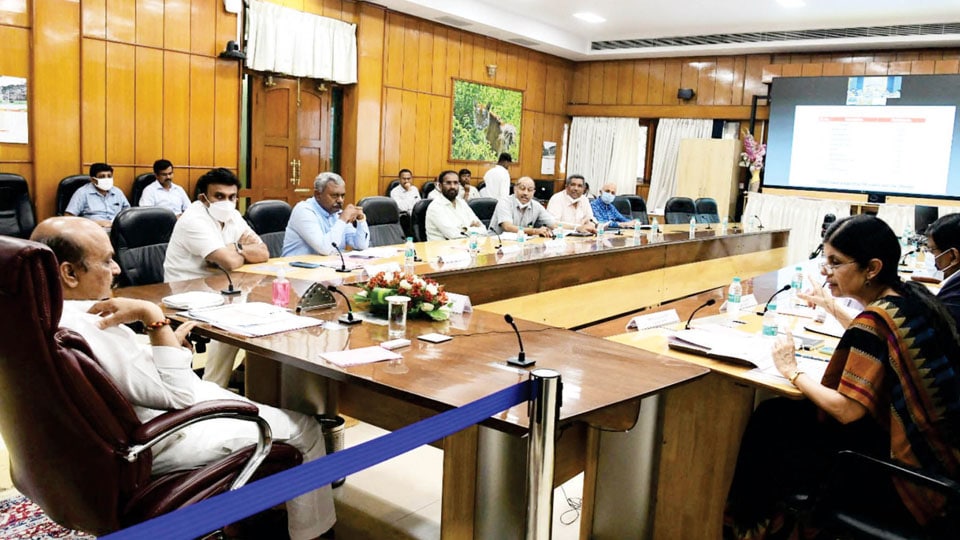 Bengaluru: The participants at the Mysore Palace for the International Day of Yoga 2022 on June 21 will be limited to 15,000.

It’s the country’s main event on International Day of Yoga with Prime Minister Narendra Modi leading the celebrations performing yoga in the backdrop of the iconic Mysore Palace.

Chief Minister Basavaraj Bommai reviewed the preparations for the mega event in Bengaluru yesterday. He instructed the Mysuru Deputy Commissioner (DC) to finalise the 15,000 participants by June 13. He asked the DC to ensure that the selection comprises people from all sections of the society as instructed by the Prime Minister’s Office (PMO).

The Chief Minister wanted the officials to make arrangements for transport, snacks, drinking water and other facilities for the participants in perfect coordination with the Union Government. “Extend all the cooperation to the Union AYUSH Ministry, which is keen to organise an exhibition on Yoga on the occasion,” Bommai instructed.

The State Government has constituted 14 committees including a Core Committee headed by the District in-Charge Minister for the smooth and successful conduct of the event. Bommai instructed the Police officials to ensure foolproof security during the PM’s visit.