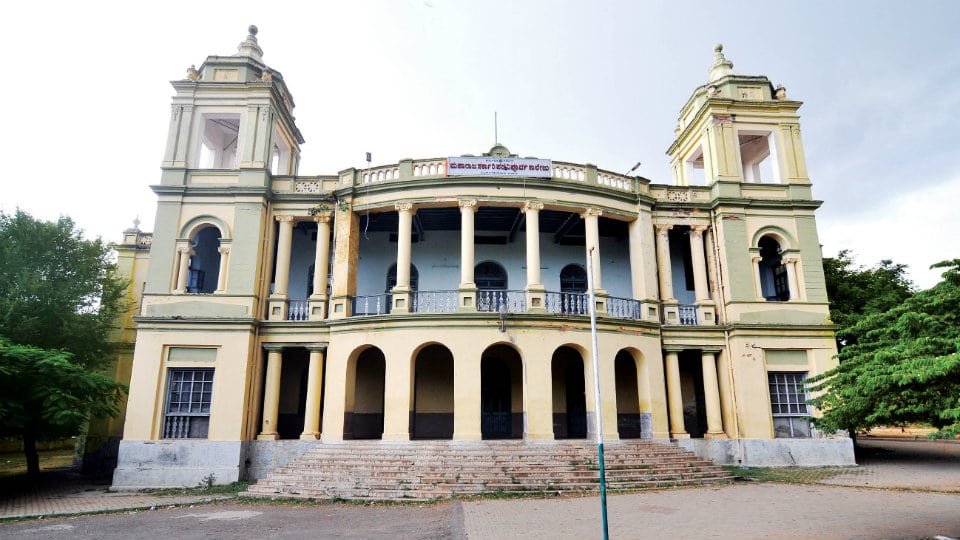 The crumbling walls, peeling plasters, collapsed compound wall are all crying for attention, even as the majestic Founder’s bust in a glass case looks on mutely at the decay of an institution that is 184 years old.

To save this institution established by Mummadi Krishnaraja Wadiyar, is the sole aim of this septuagenarian former Principal and retd. Director of PU Education B.S. Sridhar Raj Urs. 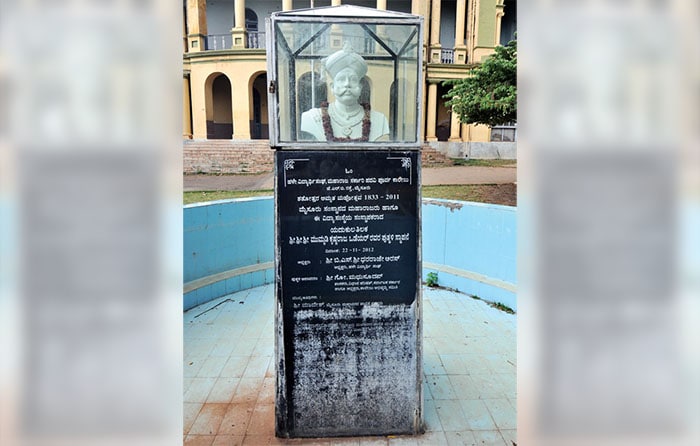 A memorial to its founder

Urs sat in fast from dawn-to-dusk to build up support for constructing a compound wall around the Maharaja’s PU College on July 14, the birth anniversary of Mummadi Krishnaraja Wadiyar. The Maharaja’s High School, which later went on to become a Composite PU College has a list of illustrious names as its alumni. But the government has completely ignored the college’s upkeep.

“The college building, which is more than 150-years-old, is badly in need of repairs. Our repeated attempts to get it repaired have not met with any success. I feel sad that the institution where I studied and even went on to become its Principal, is in such a sorry state of neglect,” said Sridhar Raj Urs speaking to Star of Mysore.

SOM: What prompted you to take up the day-long fast?

Sridhar Raj Urs:  (Sitting in his spacious home in Gokulam) The college has been writing innumerable letters to the Education Department, Chief Minister and other people concerned. None have bothered to take any interest. I suddenly realised that the only way to draw the attention was to stage a fast and what better day than the Founder’s birth anniversary to highlight the issue. SOM: How was the response?

Sridhar Raj Urs: It was sad that except for a few, none from the Alumni Association came. I was a bit worried when I decided to fast because the previous day when I went to the college by afternoon I was tired. However, when I started the fast on July 14, I withstood the hunger pangs. A few did tell me not to overdo at this age. Nobody would have taken me seriously if I had not completed the fast till dusk. I am strong enough and I had the courage to fight for the cause. 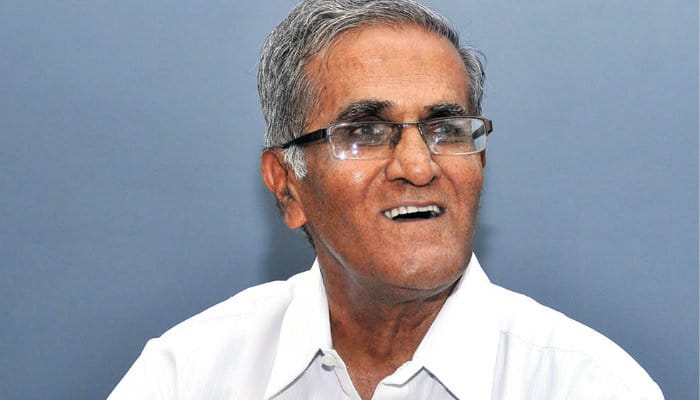 SOM: What is the role of the Betterment Committee?

Sridhar Raj Urs: The Betterment Committee pitches in whenever the college requires anything. This committee has taken up a few minor repairs. But it does not have the financial strength to take up such a huge work of repairing the building that cost Rs. 3 crore.

The then Mayor B.L. Bhyrappa had promised to get the repairs done through the Corporation as it is a heritage building. But due to some technical reasons, he had to drop the idea, said Urs.

When this writer visited the college, the Principal T.R. Siddaraju came up with a litany of woes the college is facing. Pointing to the collapsed compound with a few balustrades left, he said, “There are nearly 2,000 students studying here. But there is no protection from outside elements as people keep walking in and out. We are always scared that even the beautiful bust of our Founder will be vandalised one day as the building lacks security.”

The over 150-year-old building is really weak and a few times the peeling plaster has almost fallen on the students. The growth of plants on the wall, which houses the library and the convention hall in the first floor has completely weakened the building.

“I have tried to meet the Chief Minister Siddharamaiah several times. Even MLA Vasu has tried his best to support us. The MUDA Chairman had also promised to help us. I only hope that my efforts will pay off,” said Sridhar Raj Urs, even as his wife Dr M.R. Bharathi, former Registrar of KSOU, who silently supports him in his fight against many odds, smiles enigmatically.

Will the Chief Minister who is from the same city and takes pride in everything Mysuru, rise to the occasion and preserve this heritage building built by the Wadiyars whose contribution to the growth of the erstwhile State of Mysore is unparalleled?