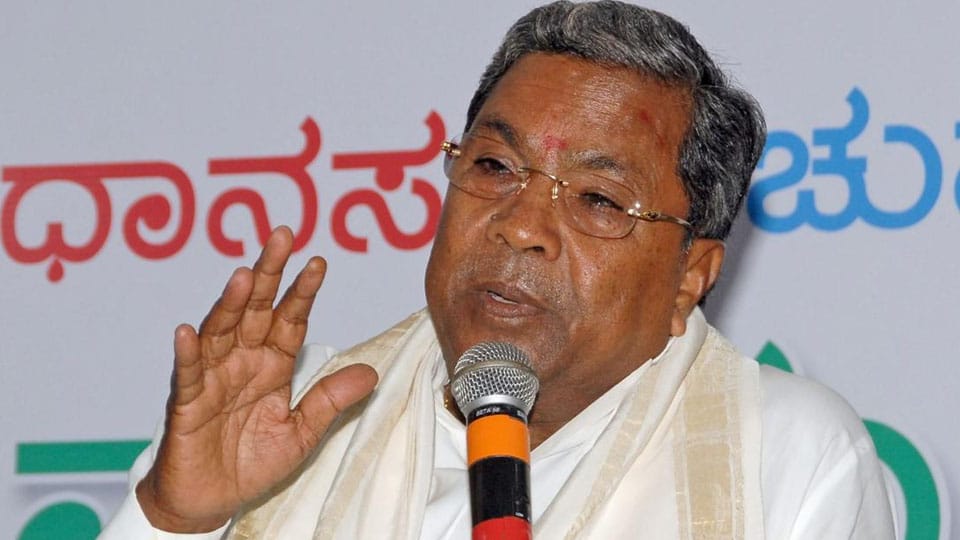 Bengaluru: In what appears to be a safe route for him to enter the Assembly again, Opposition Leader and former Chief Minister Siddharamaiah has decided to contest the 2023 Assembly polls from his home Constituency Varuna in Mysuru district.

Siddharamaiah, who is eyeing the CM’s post once again, is leaving no chances this time for ensuring a win, as an emphatic victory may spur him to the post, should the Congress get a majority in the 2023 Assembly polls.

Siddharamaiah, who is a Kuruba leader, considers Varuna as a safe bet for him, as the Constituency has a large number of Kuruba voters and also voters of other communities who support him.

The former CM’s plan to contest again from Badami has run into rough weather as some Congress leaders in that Constituency are vehemently opposed to Siddu entering the fray from Badami. Though Siddu thought of contesting from minority-dominated Chamarajpet Assembly segment in Bengaluru city and from Kolar, which has a significant number of Kuruba voters, he shelved the idea and decided to contest again from his home Constituency Varuna, which is considered as a safe seat for him.