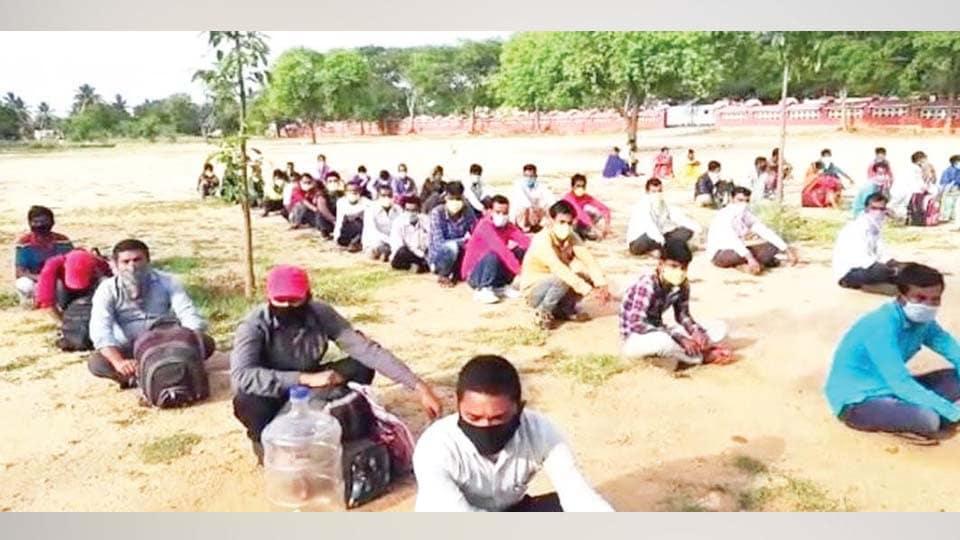 Mysore/Mysuru: After facing hardships for nearly two months following lockdown, 220 migrant workers left for their native Jharkhand and Uttarakhand from the city yesterday.

These migrant workers travelled to Bengaluru to head back to their native places in a ‘Shramik Special’ train as per schedule. The crowd waiting for the buses seemed relieved to head home. The crowd also included some employees of Infosys and a few factory workers from Nanjangud.

A total of 102 migrant workers from Jharkhand and 118 from Uttarakhand were seen eagerly waiting for the buses at the Parade Grounds. KSRTC had made transport arrangements to ferry them to Bengaluru and each passenger was charged Rs. 300. Labour Department Assistant Director D.C. Thammanna and other officials were present.