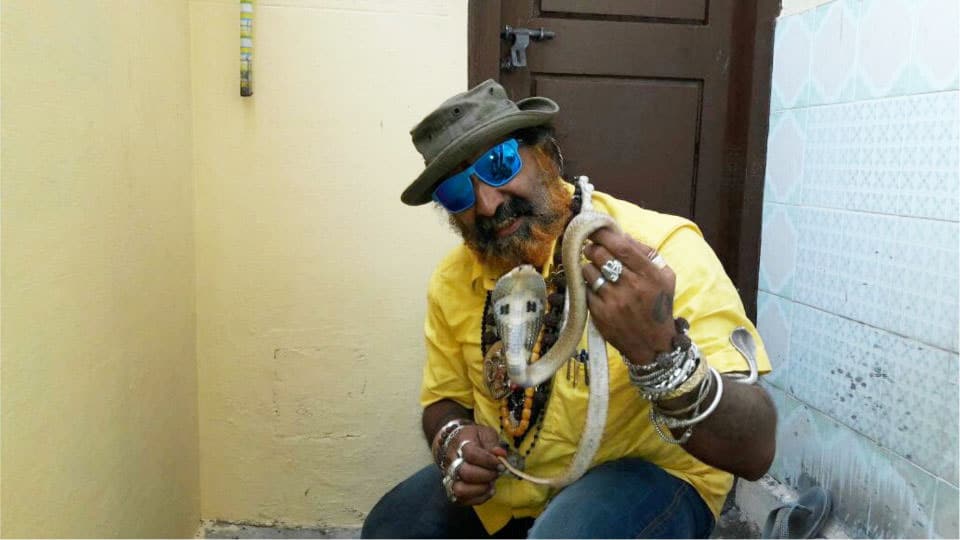 City’s well-known snake rescuer and wildlife conservationist Snake Shyam, yesterday caught a Spectacled Cobra in the house of one Shariff at Rajiv Nagar here thus recording his 32,000 rescue and still continuing. Shrugging it off as just another rescue and before the significance of the count could fade out, he received a few more calls of snakes creeping into some houses and rushed rescue them, thus increasing his tally by five more till yesterday night.

Though Shyam started to rescue snakes many years ago, he started keeping a count of the number of snakes he caught and rescued from 1997 and since then, he has rescued 32,000 snakes till yesterday.

Shyam, who is also the Corporator of MCC Ward. No. 17 told SOM that the snakes played a special role in maintaining ecological balance, as they prey on rats,  which multiply rapidly and destroy food grains, but regretted that these magnificent reptiles were still being killed just because of fear.   “By and large, snakes are harmless and do not bite unless disturbed or provoked,” he said.