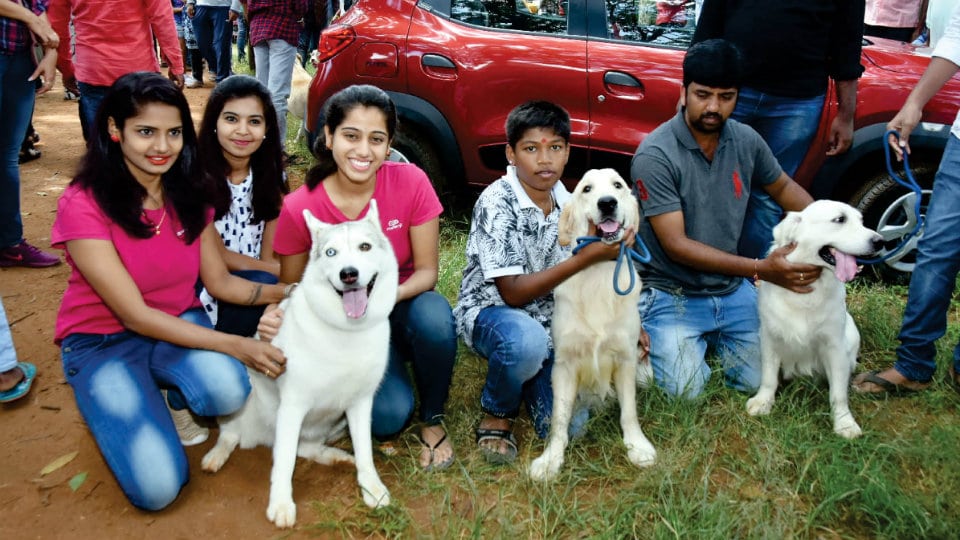 Mysuru: With nearly 400 people getting their names registered to showcase their pets at the Dasara Pet Show, organised by Mysuru City Corporation (MCC) as part of Dasara, more than 35 breeds of dogs numbering about 345, 25 Persian cats and Love Birds stole the show at the event held at the University of Mysore Hockey Grounds here this morning.

The Pet Show was inaugurated by District Minister V. Somanna in the presence of MLA L. Nagendra, Animal Husbandry Department Joint Director Prasad Murthy and others.

Four Judges from Bengaluru are judging the pets in Male, Female, Adult and Puppy categories, said MCC Veterinary Officer Dr. S.C. Suresh, who added that three prizes would be presented for the first three winners in all categories. The organisers have provided water and shelter for the pets apart from setting up a veterinary clinic at the venue. Certificates and shields will be distributed to winners this evening.