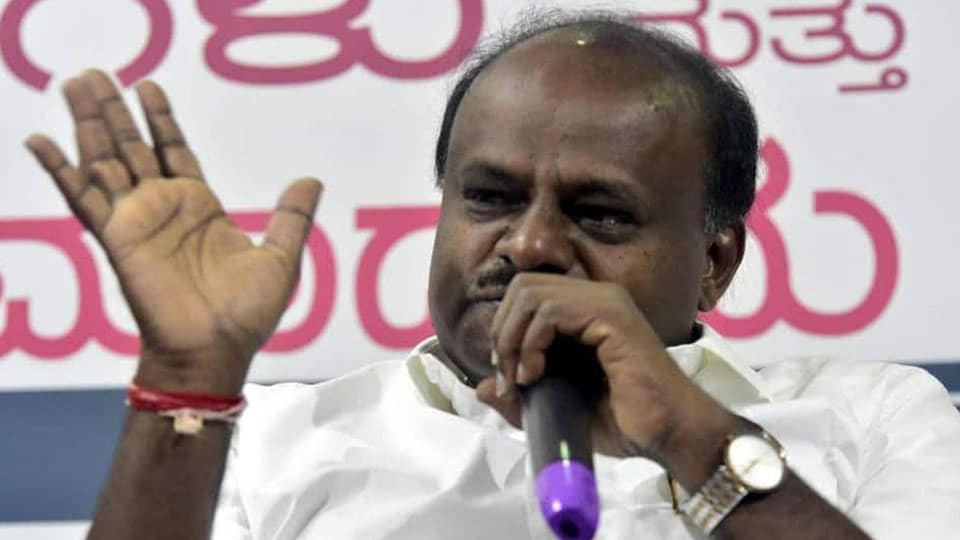 The former CM alleged that both the national parties — Congress and BJP — have been indulging in ‘percentage business’ and using such funds for elections and their parties.

“MLAs have been demanding commission for development works from contractors. Contractors should stop all work and not participate in tenders for six months to teach the Government a lesson,” he said.

“I request the office-bearers of the Contractors Association to boycott Government tenders for six months… let’s see what happens. You should stop this system (commission) and should not be a part of it, as it amounts to cheating people of the State and destroying your own lives. Contractors have to get ready for this,” Kumaraswamy said.

He alleged that the national parties with such ‘percentage business’ fund elections in the State and in neighbouring ones send ‘suitcases’ through their Delhi representatives like General Secretaries and in-charges, whenever they visit.

He claimed that when he was the Chief Minister, the bill payments used to happen directly to the account of contractors every month, and had ensured that his party’s Ministers do not get involved in the commission business but the same cannot be said about Ministers from his former coalition partner Congress, as they did not want him to interfere in their departments.

The BJP should answer to its conscience as it has developed thinking that anything can be done with money after the success of ‘Operation Lotus’ in the State, he said. Referring to Contractors’ Association President D. Kempanna, Kumaraswamy claimed that there was no percentage system in the H.D. Deve Gowda Government. “I want someone to bell the cat to end the rampant corruption,” he said.

“BJP leaders, who have ruined the system, are demanding evidence for the 40 percent commission allegations. Why do you want evidence when you should answer to your conscience? Karnataka needs an effective Government to curb corruption and protect the interests of the common man,” he stated.