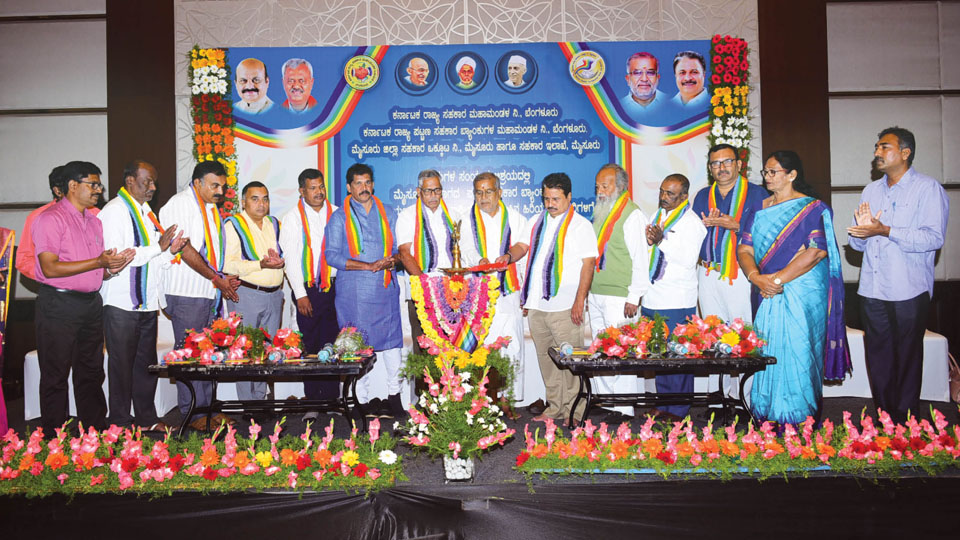 In his inaugural address, GTD said that Town Panchayat Co-operative Banks should give priority to education and training and CEOs should be aware of the constant changes that are being made in the Co-operative Act.

Observing that Town Panchayat Co-operative Banks are giving loans to vegetable vendors, small businessmen and for education, the MLA said that loans cannot be given for Government projects. “There are some problems in certain Banks which are being projected badly. CEOs should create awareness about the good works that are being done by the Banks. They should also highlight the financial empowerment work that is being carried out by the Town Panchayat Co-operative Banks. I was a fair depot owner to start with and from there I have grown to the present level. Co-operative sector offers many opportunities for growth,” he opined and asked CEOs to ensure more members are enrolled to the Town Co-operative Banks.