Home » News » More than 600 artistes apply to perform during Dasara 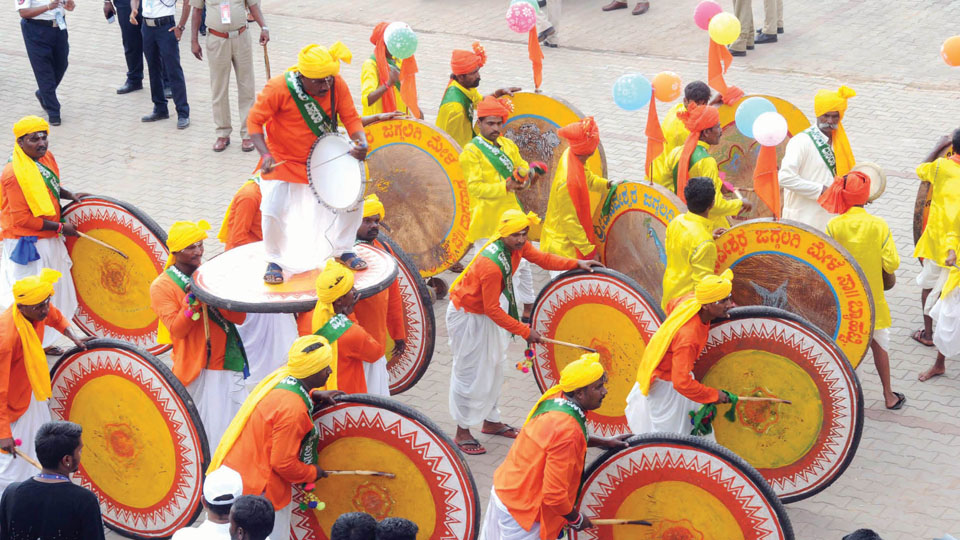 More than 600 artistes apply to perform during Dasara

Mysore/Mysuru: With the countdown for the Dasara celebrations having begun, the Kannada and Culture Department has so far received 611 applications from artistes across the country for taking part in this year’s Dasara cultural and music programmes.

Kannada and Culture Assistant Director Dr. M.D. Sudarshan said that the Dasara cultural programmes will be held at eight venues spread across the city, with the one in Palace premises taking the lead. Artistes from the State and other parts of the country will be allowed to perform in the Palace premises.

Pointing out that it has been planned to allow 260 to 300 artistes to perform in Dasara cultural events, he said that programmes will be announced depending upon the availability of funds. The ‘Sunrise to Sunset’ day-long event (Suryodayadinda Sooryastadavarege), which was held in the Palace premises during Dasara in 2019, is most likely to be held this year too, he added.

Dr. Sudarshan said that the last date for applications from art troupes and folk troupes to take part in Jumboo Savari procession (Oct.5), is Sept.10.