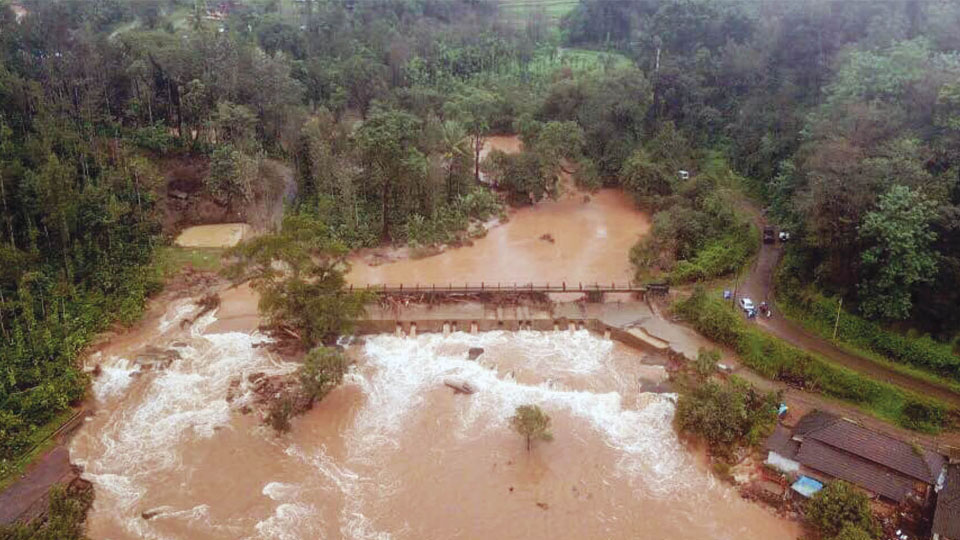 Madikeri:  Over 4,000 people are reportedly missing from Madikeri and Somwarpet Taluks of Kodagu district following the catastrophic floods that hit the district.

The number of missing persons is more in Madikeri Taluk where over 13 villages have been wiped away from the district map.

As part of the exercise, Revenue Inspectors, Village Accountants and Panchayat Development Officers are visiting villages and collecting data of people hidden in the files and comparing the same with the people who have been sheltered at various Relief Centres. The data is physically verified to ascertain the number of people.

Officials told Star of Mysore that it will take at least 15 days for the data to be verified and the exact number of missing people to be assessed. They feared that death toll may rise as they have not yet taken into account the fate of missing persons.

Data is also being obtained of people who have left the district to their relatives’ places in Mysuru and Bengaluru. 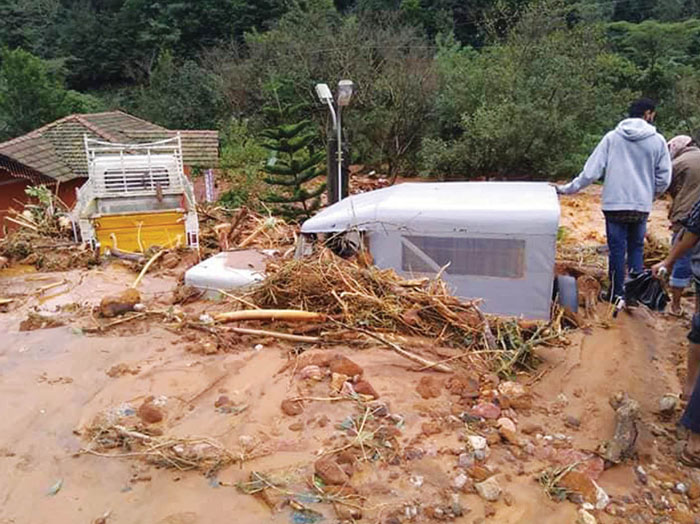 AFTER THE FLOODS: Vehicles stuck in slush and debris at Madikeri Taluk.

Meanwhile, a group of youth from Bengaluru and Mangaluru, armed with sky cameras (drone cameras), are assisting the District Administration and the Defence Forces to locate people who have been trapped in the flood-ravaged regions.

With the help of the advanced high-definition aerial machine and iPads, the youths are moving to the epicentre of the floods to trace trapped flood victims.

The youths have been trained in flying drones and are passing on information of their locations to Army and other agencies handling rescue operations. These flying machines are of great help to locate people stranded in inaccessible terrains because of the floods and landslides.

From Bengaluru, over seven drones, equipped with related paraphernalia, are locating the survivors. The drones can fly up to 25 km, giving live feeds from remote distance. Some drones are even equipped to drop lightweight medicines and also relief material to designated spots.

Rescue personnel are still having a tough time reaching out to interior and far-flung hamlets in the hilly areas where several people are still reported to have been trapped. The rescue operation is manned by a team of 1,194 personnel drawn from multiple agencies.

The Chamundeshwari Electricity Supply Company (CESC) officials are working overtime to fix electricity poles that were uprooted while the Public Works Department (PWD) officials are busy clearing off debris blocking arterial roads. Mobile telephone operators and BSNL officials are trying to restore the lost connectivity. Earth movers are being used to clear several roads that have been blocked by the landslides. Slush and mud-ridden water is constantly flowing on the roads, hampering the clearing operations. Only 50 metres per day is being cleared in the hostile conditions.

Bus services have resumed from Kushalnagar to Madikeri while it may take a long time for the road to clear from Madikeri and Mangaluru as the road has been washed away near Jodupala and surrounding areas.