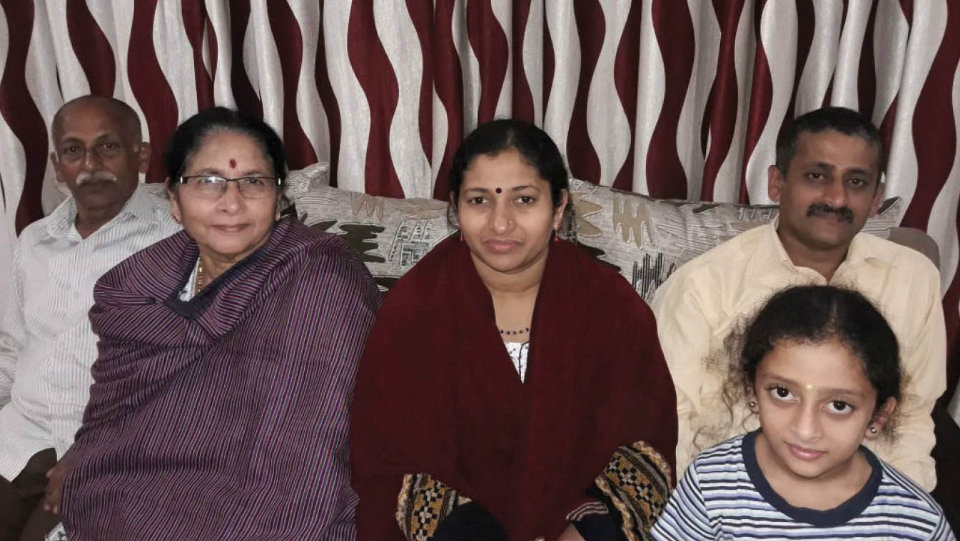 Heart-rending stories of people who escaped from Kodagu floods

Mysuru:  The rains that have battered Kodagu, called the Kashmir of the South, since the last few days has changed the very landscape of the district. The people who had built a comfortable life in the lap of nature are today washed away in the floods.

They have moved away from their houses due to landslides and taking shelter in relief centres. Hundreds of people, even amidst heavy rain, have walked tens of kilometres and escaped from floods, thus saving their lives. Some of the families who have survived the floods have taken shelter in their relatives’ homes in the city. A few of them shared their agonising, frightening and heart-rending experiences of the rain havoc with Star of Mysore.

Madikeri taluk Mukkodlu village’s Shanteyanda B. Thimmaiah, his wife Sharadamani, son Rajappa, daughter-in-law Roopa and three grandchildren are staying in his daughter and son-in-law’s house in Vidyashankar Layout. Another family from the same village, Kalachanda Nanjunda and his wife Radha have taken shelter in their daughter’s house in Kalayanagiri. Kaluru village’s Chandira Raja Thimmaiah and his wife Ponnamma have moved to Bengaluru where their children are staying. One more family from the same village have also moved to Bengaluru to take shelter in a relative’s house.

The Kodavas who were living peacefully all these years are now suffering the brunt of nature’s fury due to incessant rains. However, rains are nothing new to the Kodavas as almost every rainy season it really pours in the district. But this time it has ravaged the whole place with houses collapsing, coffee estates destroyed and huge hillocks coming down, roads washed away that has turned life topsy turvy for them.

The Kodagu people are also a warrior race and hence they have not lost heart or self confidence and managed to survive the floods and escaped to safety.

Shanteyanda Thimmaiah’s experience: One week ago, it rained heavily. We thought it was normal and did not bother too much. Suddenly there was landslide and the mud came crashing down behind the house. As a result water entered the house. The water level in the river next to our house started rising. Due to the collapse of a huge mound of mud into the river, the direction itself changed and our farm land was washed away. As there was landslide on the road it was destroyed. We were completely helpless, said Shanteyanda Thimmaiah sharing his and his family’s harrowing experience. 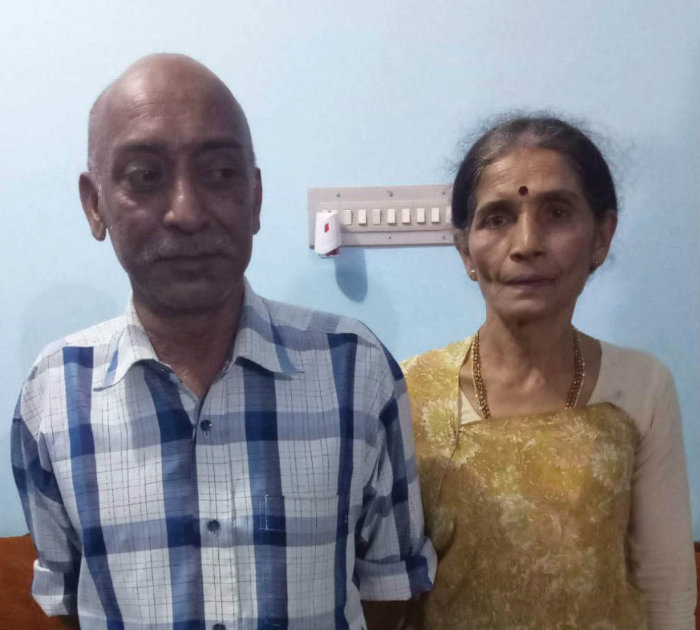 Continuing, he said that a very frightening situation arose. We thought we will not be able to survive and the villagers climbed the hills and reached the former Zilla Panchayat Member Ravi Kushalappa’s house. There also danger lurked. In the hope that somebody would arrive to our rescue we survived eating one meal a day. As water receded a bit on the bridge we started from there, he recalled those tough moments. On Saturday morning, we left from there walked through the forests for nearly 10 miles and reached Madapura relief centre at around 1 pm. Due to rains our very lives were washed away, he said.

Kalachanda Nanjunda’s anguish: Mukkodlu village’s Kalachanda Nanjunda and his wife Radha are nearly 63 years old. Escaping from the flood, Nanjunda shared his experience thus. “Rain is something very common for us. Hence we were not scared of it. However, seeing the landslide and collapse of the hills, we were really scared. Still we continued to live in our house. But there was landslide and the mud and stones fell on the cattle shed. Then we decided to leave the village with other villagers. We all walked together for about 15 kilometres through the hill and the rocky terrain,” he said.

Half way through walking the treacherous terrain, the Army men came to the rescue and safely reached us to Madikeri. The whole way the feet were in knee-deep mud and it was very difficult to walk. Even though there were wounds in the legs, we decided somehow to walk to safety. As the water had entered the house in my daughter’s place in Madikeri, all of us left for another daughter’s house in Mysuru and taking shelter here, he said.

“On Aug.14 water had entered my brother’s house next to my house. I had brought all of them to our house. The rains increased and the water entered even our house in the middle of the night. We all came out from the back-door of our house. We tried to find our way out but the road had disappeared. Finally, we found a dilapidated house in the hill where we moved into. A few hours later, the flood water entered even there and thinking that the house might collapse, we left the place, he recalled.

We took shelter under a tree for five days covering ourselves with plastic sheet and survived. Even as we thought that our lives had come to an end, help arrived in the form of the Army personnel who reached there. The Police and the locals had also accompanied them. They rescued everyone on the way who were in danger. They carried a few of the elderly on their shoulders. After walking for nearly 15 kms, we reached Madikeri City Municipal Council relief centre only day-before-yesterday. From there we reached Mysuru. The large hearted people here fed us. Sadly, we had to leave the cows behind. This kind of fate should not befall anyone, said Thimmaiah’s with tears in his eyes.

The members of Sri Kavery Kodava Association, Mysuru East, invited the flood-affected victims and helped build confidence in them after the devastation in Kodagu. Chandira Raja Thimmaiah, Kalachanda Nanjunda and Shanteyanda B. Thimmaiah and their families were taken to the Kodagu Model School premises in Sathagalli, Mysuru, and given food, necessary items and even some financial support. They contacted the families of the survivors and accorded them a send off. Association President B.M. Devaiah, Vice-President P.S. Devaiah, Secretary K.M. Belliappa, Joint Secretary P.B. Padma, Treasurer C.M. Chengappa and other office-bearers helped the victims come to terms and cope with life.