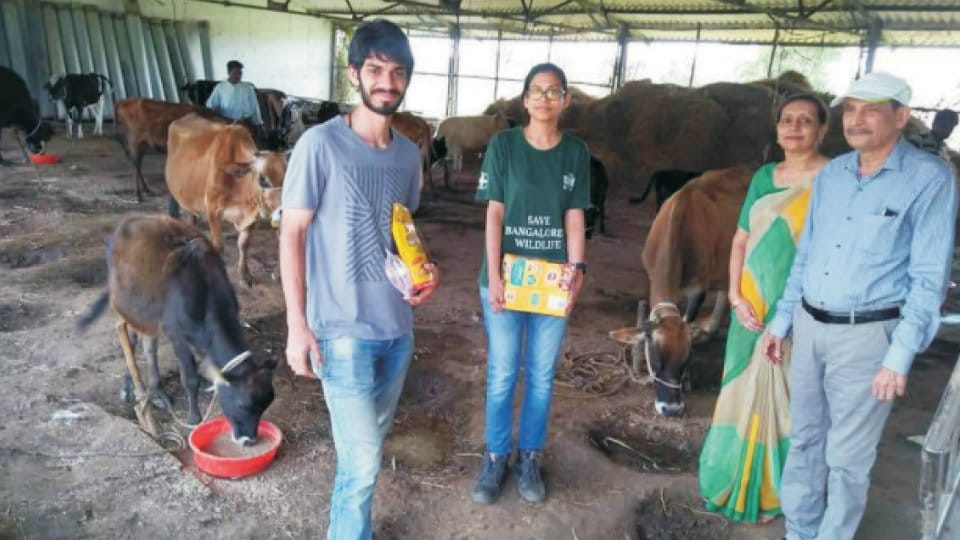 Volunteers lend a helping hand to displaced animals in Kodagu

Kushalnagar: The calamitous monsoon in Kodagu has left thousands of families without shelter and hundreds of animals displaced. While the Kodagu District Administration and volunteers from social organisations are doing every bit to ensure that the families are rehabilitated, a group of animal NGOs are trying their best to treat and comfort the animals who have been abandoned.

Apart from sheltering and providing food to pets and livestock, they are providing medical assistance to affected animals. A base camp has been set up at Bylakuppe and animals are housed there. Volunteers say that they will continue their service till the last animal is either adopted or taken back by their owners.

Teams from Compassion Unlimited for Plus Action (CUPA), People For Animals (PFA), Humane Society International (HSI) and a few other volunteers are working day in and day out to rescue and comfort the animals.

The volunteers started their rescue mission from Aug. 18 from flood-hit areas of Makkandur, Mukkodlu, Madapura and Hattihole. So far, over 20 cows and over 37 dogs of different breeds (most of them country canines) have been sheltered. Volunteers are still searching for pets and livestock that might have been abandoned.

While the cows have been sheltered at Bota Farm in Koppa near Kushalnagar, dogs have been put up near the Tibetan Settlement at Bylakuppe. Ashraf, who owns Bota Farm, has given space in his property and the livestock is being fed and taken care of.

Another volunteer from HSI, Shilpa, a native of Kodagu and a resident of Singapore, is taking care of the cows along with three helpers. Nutritious grass grown at the farm and cow feed is given to the livestock regularly. While one cow is pregnant, a couple of them provide milk.

“We sell milk and are collecting money. Once the owner comes to take back the cows, we will hand over the money too,” said a worker at Bota Farm. A team of Information Technology professionals from Bengaluru have donated money and medicines to the animal volunteers.

CUPA team has set up Dog Relief Centre at a three-building campus near the Tibetan Settlement. Kaliyanda Rohan Appaiah, a CUPA volunteer, who takes care of the unit told Star of Mysore that dogs, though disoriented as they have lost touch with their owners, were doing well at the rescue centre. Most of the dog breeds here are mixed and not pure-bred. 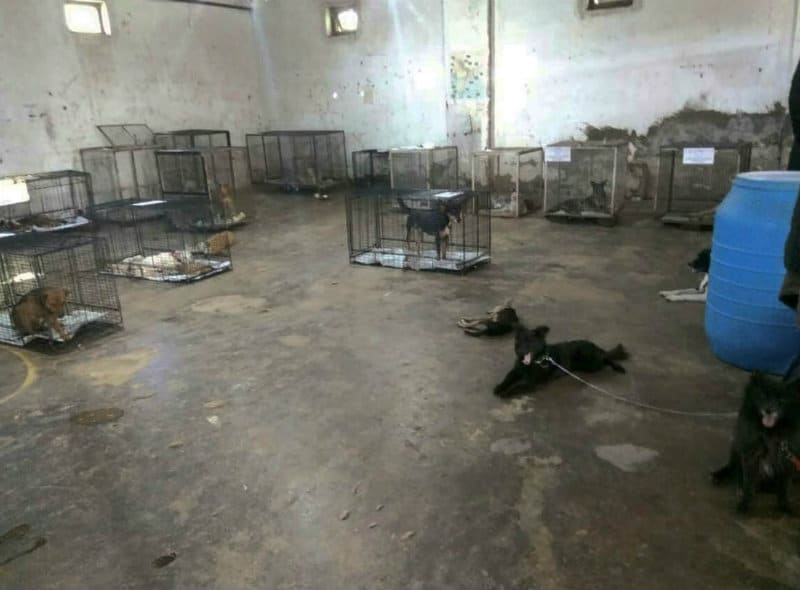 The Dog Relief Centre set up by CUPA (Compassion Unlimited for Plus Action CUPA) team in Bylakuppe.

“Now the dogs are reciprocating to our words and they have been familiarised with other dogs. There is no need to leash them and most of them are roaming freely here. Some dogs needed fluid drips as they were hungry and exhausted. They are recuperating,” he said and added that Dr. Amulya from World Veterinarian Association and Dr. Meghana from PFA have been treating the dogs.

Cages to house the dogs have been provided by HSI and other animal welfare organisations.

All the dogs are open for adoption except for the ones that have owners. “Many owners have contacted us and have told that they will return soon once the rehabilitation process is complete. They have identified their dogs and we are waiting for them to be taken back home,” Rohan added.

All the owners taking back their pets and livestock is a distant possibility as the owners themselves have taken shelter at rescue centres while the administration is set to build temporary sheds. “As of now we are not in a position to take back our pets as we are living in relief centres and home stays. Even if the government builds temporary houses, we may not be able to take the pets and livestock as it requires more space to take care of an animal,” says Medappa, who owns two dogs. His house in Makkandur was washed away on Aug. 17.

Rohan said that four dogs including two Pomeranians have already been adopted and they will be sent to Bengaluru and Mysuru where the adopted owners stay. Interested people who want to adopt dogs can contact Mob: 97401-09944.