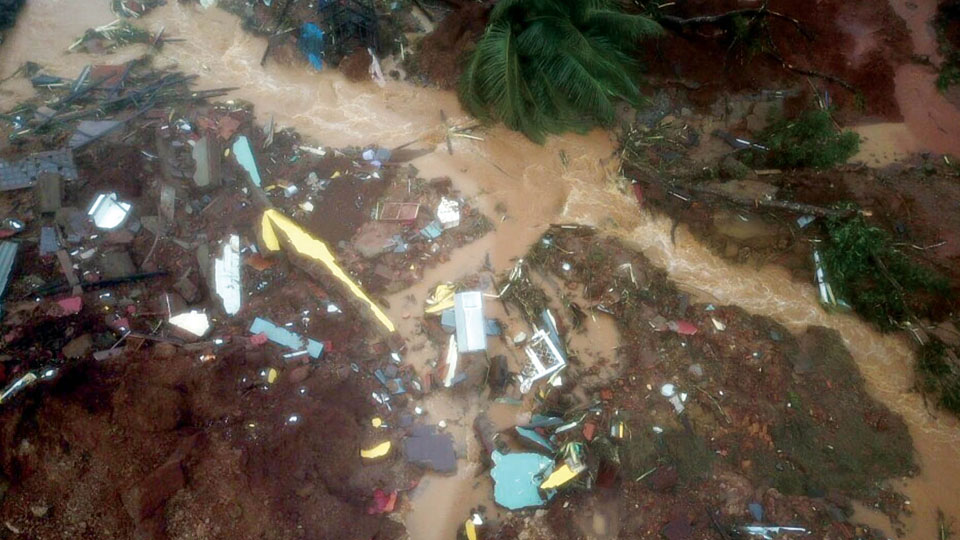 “We are reaching out to the Himachal Pradesh government, seeking technical help while rehabilitating families. The situation in Kodagu is under control. According to preliminary assessment, the infrastructure loss in Kodagu is between Rs. 2,000 crore and Rs. 3,000 crore,” he said.

Addressing a press conference in the State capital, the CM said that government was taking steps to provide relief to those affected. “Kodagu is witnessing heavy rain after a long time. In the past week alone, 12 people have died in the district,” Kumaraswamy said. “Heavy-intensity rain was witnessed in the district from Aug. 13, and this caused many roads to cave in,” he said.

The data provided by the Karnataka State Natural Disaster Monitoring Centre (KSNDMC) shows that Kodagu has been the worst affected among Karnataka’s 30 districts, recording 237% excess rainfall in the past week and 46% this monsoon. The district received an average of 535 mm rainfall against the normal of 159 mm over this period.

The CM said that while a final assessment of losses is yet to be done, it was evident that the State would require approximately Rs. 3,000 crore to rebuild the infrastructure alone. “The President and Prime Minister are already in touch with me, and I will meet them once I have a proper estimate of the damage suffered in the district,” he added.

The CM cited available information to State that 845 houses had been completed destroyed, 773 partially wrecked, 143 km of roads washed away and 57 bridges damaged and 278 government buildings have been damaged. “As many as 32 relief camps have been set up in Kodagu district, and around 6,000 people are living there,” he said.

“The State government has decided to give Rs. 3,800 to every family housed in these camps, so they can buy basic necessities. This is exclusive of the 10 kg of rice, one kg of sugar, one litre of palm oil, one kg of tur dal and five litres of kerosene that we have provided to them.” Kumaraswamy added that houses will be built using pre-fabricated materials to cater to the immediate housing needs of the flood victims. 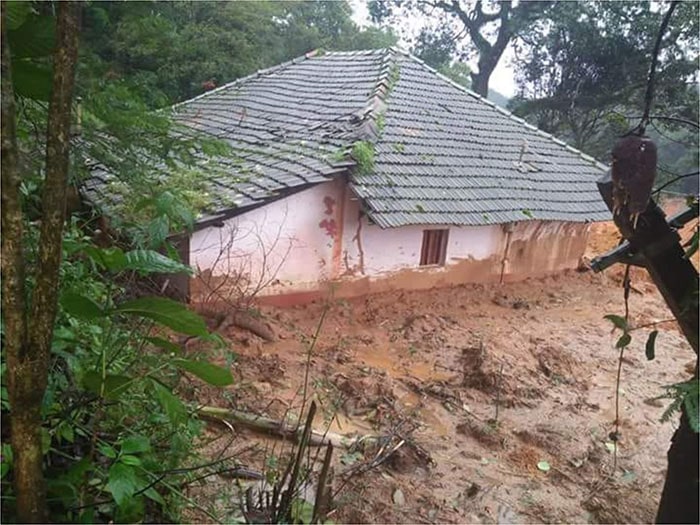 The CM also released details of a bank account opened for online donations, and assured donors that it would be 100% tax exempt. As many as 1,725 officials of the district administration, Police, Reserve Police, Armed Forces and Civil Defence personnel have already been deployed in the district, he said. “M17 helicopters from the Air Force are also undertaking rescue operations in the area in a coordinated manner.”

Kumaraswamy then asked officials to provide jobs to rain-affected labourers under the Mahatma Gandhi Rural Employment Generation Act, so they can help rebuild essential infrastructure and be gainfully employed at the same time.

District in-charge Minister S.R. Mahesh said there was no more need for food items to be sent as relief material because the administration already had adequate reserves. “Perishables are not required at present because we are unable to store them. However, people can still contribute non-perishable items and monetary aid for reconstruction of homes,” he added.

In rebuilding the vast road network that has been destroyed in the rainfall, several Central agencies will assist the State under the concept of “build back better”. The Border Road Organisation will send a team of engineers and army engineering task force to clear roads and restore them.  A team of experts from the National Geophysical Research Institute, and a team headed by H.S.M. Prakash (former DDG, Geological Survey of India) have started geo-technical studies in the areas  affected by landslips.

Home Minister and Deputy CM Dr. G. Parameshwara visited flood victims yesterday at Kushalnagar and Suntikoppa and promised of all help from the government. “We will provide temporary relief to the victims now. After rain and floods recede, the government will identify the victims and will construct houses for them.”

When the Minister was returning after visiting a relief centre at St. Mary English Medium School in Suntikoppa, the victims, who have been provided shelter at Manjunathaiah Meenakshamma Kalyana Mantapa, raised slogans against the Minister and staged a roadblock. They alleged that the government had neglected flood victims and its relief measures were eyewash and most of the relief works were carried out by volunteers.

EXTENT OF DAMAGE AND RELIEF