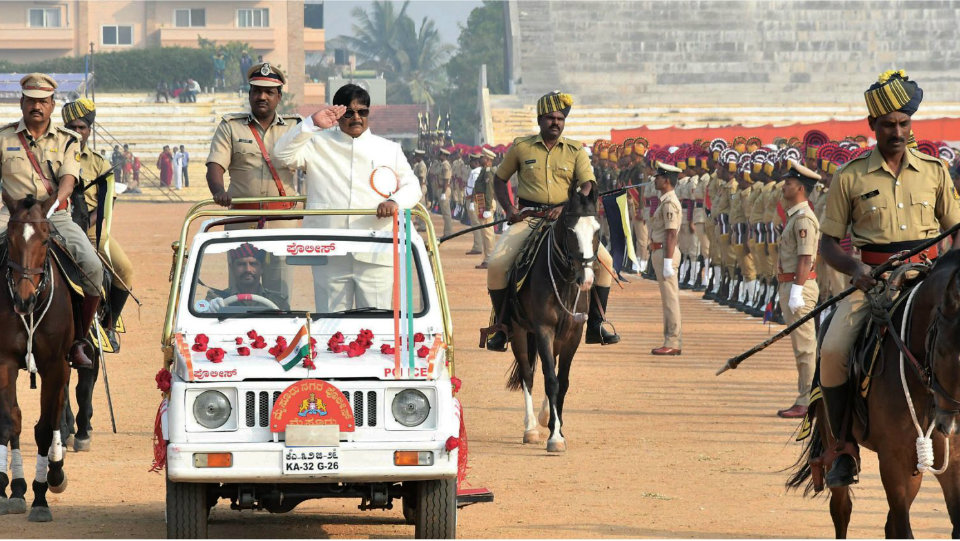 Mysuru: The 69th Republic Day was celebrated in city yesterday in a grand manner. While all schools and colleges celebrated the day by holding special flag hoisting ceremonies and parades, the main event was organised by the District Administration at Torchlight Parade Grounds in Bannimantap where District in-Charge Minister Dr. H.C. Mahadevappa unfurled the National Flag.

Calling for a critical evaluation of the socio-economic progress made by the country in the last seven decades, the Minister said that one must re-dedicate oneself to create a greater egalitarian society.

“Socio-economic inequalities in society have not been bridged while atrocities against backward classes, Dalits, women, children and minorities have continued. Ambedkar’s dream of an egalitarian society was yet to be realised and one has to rededicate to the values enshrined in the Constitution to achieve the same,” he said.

“The country will thrive and democracy will be meaningful only if there is social and economic equality,” he said. In this context, he said, the State Government was committed towards the creation of a more egalitarian society and had hence launched a series of welfare programmes for the benefit of the weaker sections of society.

The comprehensive development of rural areas and socio-economic empowerment of the people was possible only through implementation of ideals and values propounded by Mahatma Gandhi, Mahadevappa said and called for the strengthening of the agriculture sector. 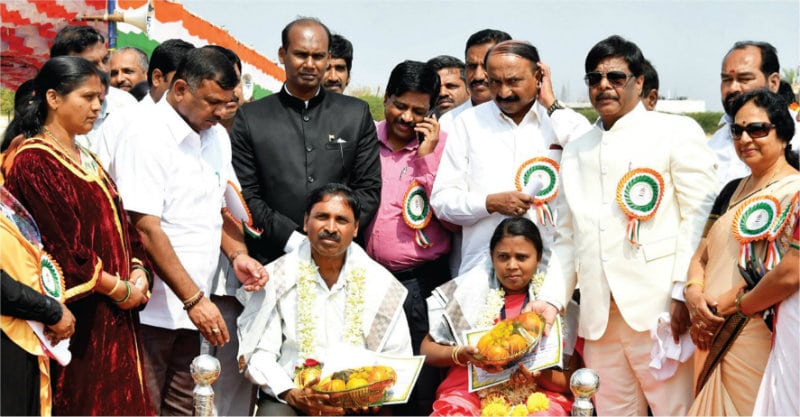 Choreographed group dances were presented as part of the cultural programme by students of different schools to mark the celebrations. About 350 students of DAV School danced to ‘Mera Bharat Mahan’ followed by a presentation by 350 students of Ideal Jawa School who performed to ‘Jai Ho’. This was followed by similar performances to patriotic numbers by 450 students from St. Thomas School and 300 students of SVEI School. 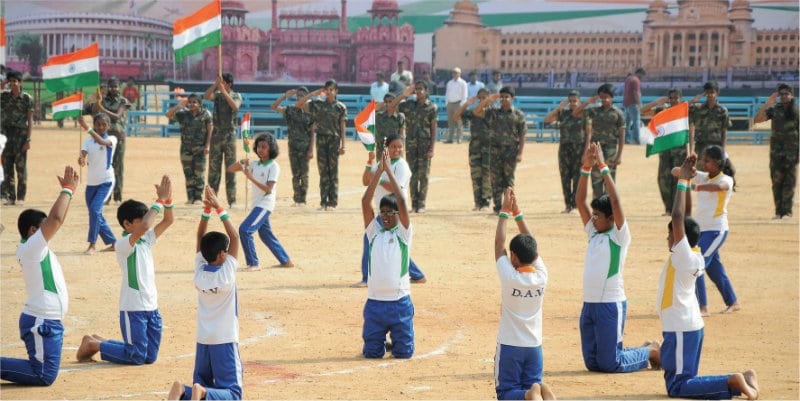 Panther Mysuru City Commandoes presented an attractive anti-terror operation. It was led by RPI Ashok Kumar. Shivaraj and Kumar bagged the awards in assembling of gun blindfolded and assembling of gun using just one hand.