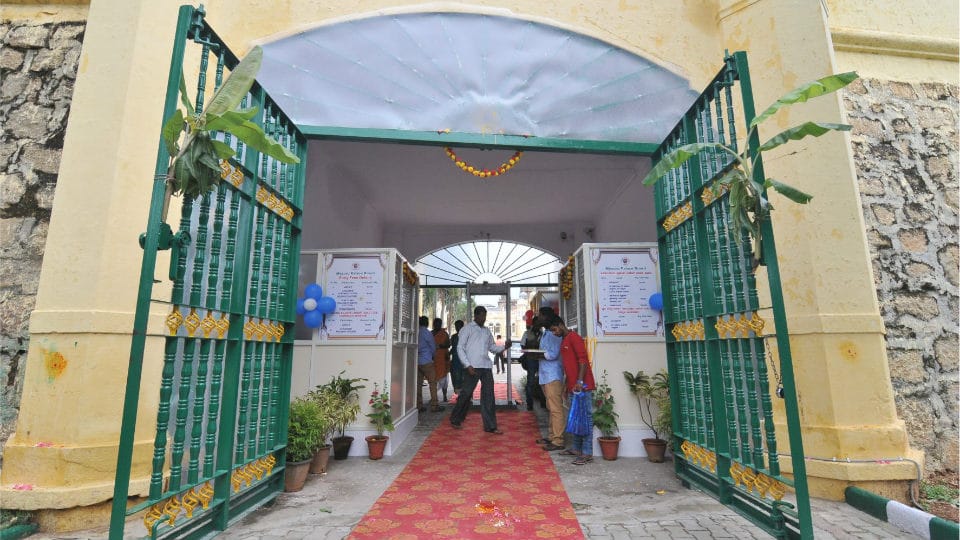 Mysuru: District in-charge Minister Dr. H.C. Mahadevappa has said that the entry to the Mysore Palace has been made easy for the tourists across the world with the introduction of  hi-tech ticketing system and opening of extra ticket counters. He was addressing the media after inaugurating the ticket counters at Amba Vilas Gate opposite the CADA office and Jayarama and Balarama Gates on the north side of the Palace near Sri Kote Anjaneyaswamy Temple, here this morning. Earlier, he offered puja at the Ganapathy Temple in Bidadi Block of the Palace.

He said that the tourists in any part of the world could sit at home and book tickets to the historic Mysore Palace through online ticketing facility introduced from today.

To facilitate easy entry of tourists to the Palace, apart from the only ticketing counter at Varaha Gate in the south of the Palace, two more Gates with four more ticketing counters had been opened. The Amba Vilas Gate opposite CADA office was closed most of the time during the year and would remain open only during Dasara rush. However, realising the need for more entry Gates, this Gate has been opened for general public so that they can buy tickets at the counters there and enter the Palace easily, he said. 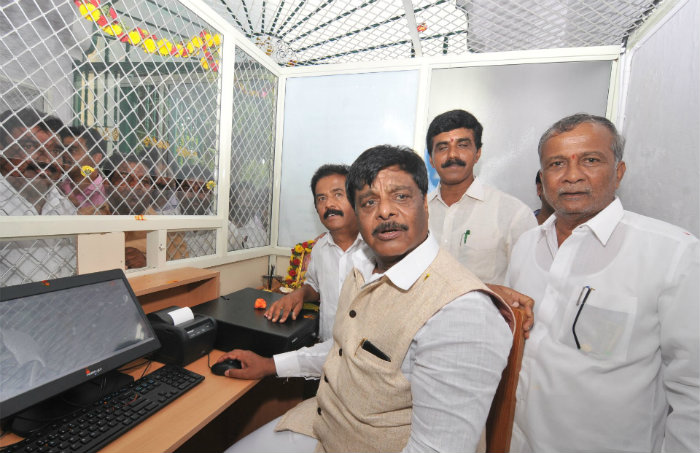 The Mysore Palace Board led by Deputy Commissioner D. Randeep, which has taken the initiative to open more Gates and also add additional ticket counters must be lauded for its people-friendly approach, said Dr. Mahadevappa.

It was found that the people or the visitors, who came near the Jayarama-Balarama Gates on the north side of the Palace, would return disappointed, as the entry had been banned from this side of the Palace. Realising that many touts were drawing away the visitors to instead visit shopping places, as there was only one entry Gate on the Varaha Gate side and the tourists had to make a long detour to gain entry to the Palace, the Palace Board decided to open the doors to the visitors by introducing four more ticket counters, he said.

The entry ticket to Sound and Light show in Kannada on the history of Wadiyars, which is held every day between 7 and 7.45 pm is Rs. 50 for adults and Rs. 30 for children. 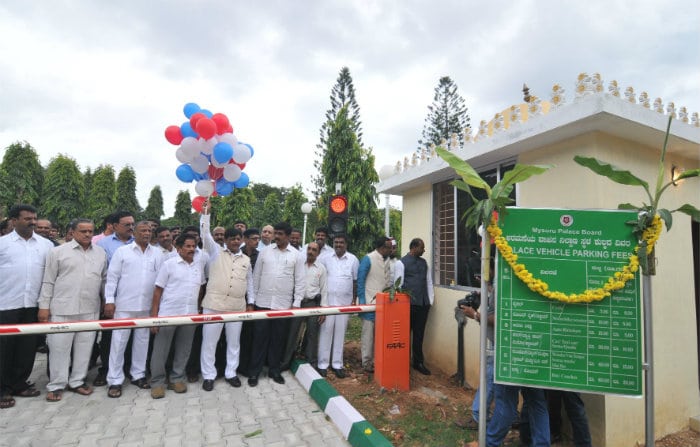 In all, there are three entry Gates — Varaha Gate, Amba Vilas Gate and Jayarama-Balarama Gates. In each Gate, there are two ticket counters with a total of six counters.

The electronic parking ticket counter near Varaha Gate was also opened on the occasion. The tourists have to park the vehicles at the spacious parking lot on the south entrance to the left of Varaha Gate first and only then move to the ticket counters near the Varaha Gate and Amba Vilas Gate to purchase tickets.

The new responsive website of the Mysore Palace with improved 3D virtual tour of the Palace was also launched by Dr. Mahadevappa.