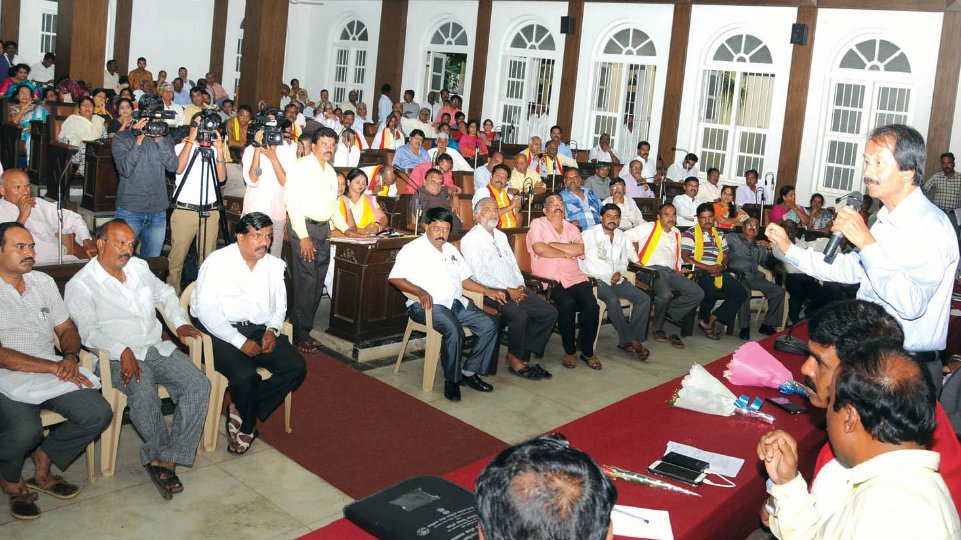 Mysuru: The meeting to discuss the preparations for the 83rd All India Kannada Sahitya Sammelana ended in chaos yesterday with differences among Kannada activists. The literary meet is slated to be held for three days from Nov. 24 at Maharaja’s College Grounds in city.

Mysuru District Kannada Sahitya Parishat has already started the groundwork and released the logo for the festival. Kannada writer Chandrashekar Patil has been nominated as the President of the meet.

Writer Bannur K. Raju, who has been vehemently opposing the event citing corruption charges by the past Chairmen at the Sahitya Parishat Mysuru district unit, later staged a walkout along with members of Mysuru Kannada Vedike. He demanded an investigation into large-scale irregularities. Kannada activists also demanded that the venue be changed to Palace premises.

Participating at a preliminary meeting convened by Kannada Sahitya Parishat President Manu Baligar to elicit opinions of prominent writers and citizens at Zilla Panchayat Hall, historian Prof. P.V. Nanjaraja Urs exhorted authorities to organise the meet within the Palace premises giving due respect to Nalwadi Krishnaraja Wadiyar, the erstwhile ruler of Mysuru who founded the Parishat. 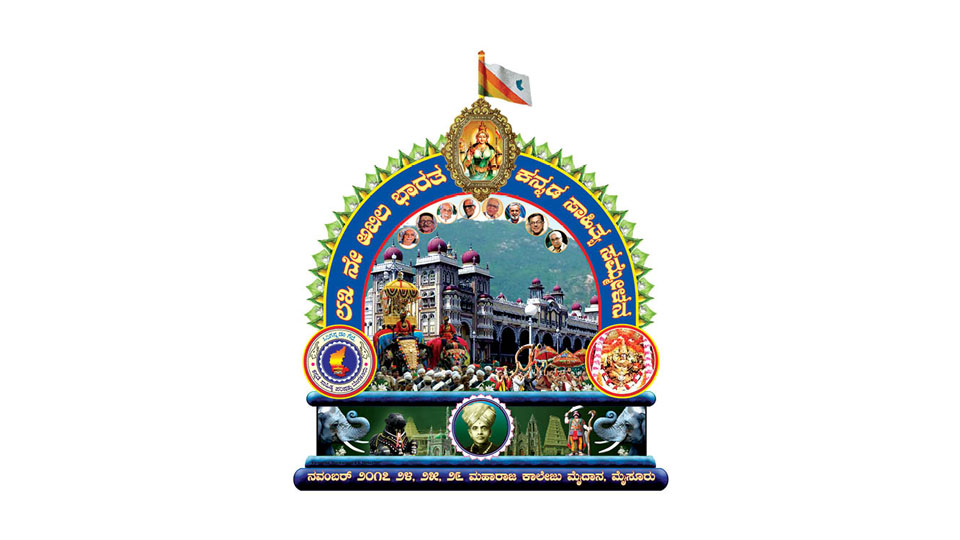 Most importantly, authorities should name the podium after those Wadiyar kings who contributed to the development of princely State and native writers, he said. Kannada activist Ravishankar demanded that stages should be named after members of erstwhile royal family. He said guests should be given Mysore Pak, betel leaves and bananas (Nanjangud Rasabaale) as gifts.

Writer Prof. C.P. Krishnakumar who described the unsavoury comments ahead of the event as unfortunate, appealed to people to restore the honour and pride of the city. Krishnakumar, who had chaired the meet at Gangavati in Koppal district in 2011, said officials should have consulted Kannada activists and writers before deciding on the festival dates.

More than the venue issue, what dominated the meeting were the corruption charges. Though Baligar and elected representatives and officials tried to pacify them, they did not budge, driving the meeting to chaos.

No sooner the meeting was convened, tension prevailed for sometime with Bannur Raju and some Kannada activists demanding due time to voice their grievances. Raju went to the extent of barring the district unit from organising the event and entrust the task to the State body.

Zilla Kannada Chaluvaligarara Sangha President B.A. Shivashankar condemned attempts by a group of writers to stop the event, citing corruption charges. Referring to the allegations made by Bannur Raju, who had lost the previous district Kannada Sahitya Parishat elections to Dr. Y.D. Rajanna, Shivashankar advised Raju to move Court with substantiate evidence, instead of creating chaos and confusion ahead of the literary meet. According to Raju, there were irregularities during the tenure of previous Chairmen, K. Chandrashekar and his predecessor B. Gopal.

Though normalcy returned in the meeting after some time, it was distorted again when Kannada activist Ravi questioned as to why BJP leaders including Member of Parliament Pratap Simha were kept out of the meeting. This led to unruly situation for some time, forcing Mysuru Kannada Vedike members to stage a walkout.

Intervening in the chaos, MLA Vasu sought people’s cooperation and asked them to shun differences. He pointed out that the meet is being held in the city after a gap of 27 years. He said that the event will be a matter of prestige for Mysuru and the Sammelana will boost tourism too.

Baligar said the Kannada meet will be held on the lines of previous editions. “I have faith in Mysureans, who, I’m sure will make the literature festival a success,” he said.

Meanwhile, the Mysore District Kannada Activists’ Association asked those opposing the Sammelana to shun differences and make the literary festival a success. The activists called upon the stakeholders to work in union, setting aside differences, to ensure the meet is a success. “The Sammelana should take place as per schedule. Those making allegations of corruption haven’t presented a single document to back their claims,” Kannada activist Banu Mohan said.